SHUAA Capital psc (“SHUAA Capital” or “the Group”), the DFM-listed entity and leading asset management and investment banking platform in the region created by the merger of SHUAA Capital and Abu Dhabi Financial Group (“ADFG”), announced on 13th February, 2020 preliminary results for fiscal year 2019 with an EBITDA of AED 181 million and a net profit to the shareholders of SHUAA Capital of AED 45 million.

Another strong performance during Q4 2019

Following its return to profitability in Q3 2019, the Group maintained its robust performance during the fourth quarter of 2019, reporting a Q4 2019 net profit to the shareholders of SHUAA Capital of AED 73 million, displaying a enormous increase in its profitability compared with AED 22 million in Q3 2019. SHUAA Capital Q4 2019 revenues grew by 63% quarter-on-quarter to attain AED 146 million throughout the period, pushed by a number of significant transactions that closed in the final quarter. Group EBITDA for the quarter amounted to AED 134 million compared with AED 63 million in Q3 2019.

With a clear focus on its two core business segments, SHUAA Capital now represents the region’s leading asset management and investment banking platform, accessing a broad range of revenue opportunities throughout different geographies with a particular focus on the UAE, Saudi Arabia and the UK.

Post-merger, the Group earmarked non-core assets for sale to realign SHUAA Capital’s efficient businesses, focus on managing down non-strategic assets, and give a boost to the Group’s balance sheet. To that end, SHUAA Capital sold its brokerage arm, SHUAA Securities brokerage as well as its equity market-making business for a total deal value of c. AED 100 million.

Moreover, SHUAA Capital’s investment banking business continues to be one of the most active in the region, demonstrating its knowledge in managing high-profile capital market transactions. During the previous 12 months the Group has been mandated to lead over $500 million in sukuk issues, including GFH Financial Group’s latest $300 million five-year Sukuk, Jabal Omar Development Company’s $135 million five-year sukuk and The First Group’s $135 million Sukuk. SHUAA Capital has also played a strategic advisory role in a number of transactions, among them the reverse listing of PAL Holding and IHC on the Abu Dhabi Securities Exchange.

Commenting on SHUAA Capital’s 2019 annual results, Jassim Alseddiqi, Group CEO, said, “2019 was a milestone year for the Group: In the context of challenging regional and global market conditions and geopolitical uncertainty, we carried out on a transformational merger which extensively reinforced the path to value, both for our customers and our shareholders.

We executed a profitable year, elevated our AuM, invested in our people and our platform, expanded our product and distribution capabilities, and strengthened our governance and controls - all while concluding a merger in record time, which is already delivering synergies.

We are excited about the opportunities in advance for the combined entity, and we look ahead to updating you on our achievements in due course.” 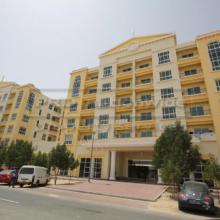