Ras Al Khaimah, UAE; April 15, 2014: Air Arabia, the newly designated carrier of Ras Al Khaimah, today joined the emirate’s tourism and aviation authorities toannounce the operational details of its soonto open hub at RAK International Airport, its fourth international base and second in the UAE. During a joint press conference with the RAK Department of Civil Aviation (DCA)and the Tourism Development Authority, Air Arabia announced that starting May 6, 2014, it will offer direct services toeight routes from RAK International Airport, giving an immediate boost to the emirate’s rapidly growing tourism sector.

In February 2014, Air Arabia and the Ras Al KhaimahDepartment of Civil Aviation entered into a long-term strategic partnership to significantly increase the number of destinations accessible to the residents of Ras Al Khaimah and to bring more tourists within reach of the emirate. From its hub at RAK International Airport, Air Arabia will follow exactly the same value-for-money business model as it does from its primary base in Sharjah.

TwonewAirbus A320 aircraft will initially be based at RAK International Airport to service regular routes to Jeddah in Saudi; Cairo in Egypt; Muscat in Oman; Islamabad, Lahore and Peshawar in Pakistan; Dhaka in Bangladesh; andCalicut in India, which will be added shortly after launch.

In addition to increasing the accessibility of Ras Al Khaimah to international passengers, this partnership is anticipated to provide a direct boost to the local economy through the increase in tourism flow as well as the job opportunities for Air Arabia employees who will be permanently based at RAK International Airport.

His Excellency Engr. Sheikh Salem Bin Sultan Al Qasimi, Chairman, Department of Civil Aviation (DCA), Ras Al Khaimah, said:“This important collaboration will give a major boost to the economic development of Ras Al Khaimah and reinforces the growing excitement about the emirate as an investment destination. As our designated carrier, Air Arabia’s operations will be a key component of a comprehensive strategy to develop a vibrant, distinct and sustainable tourism sector in Ras Al Khaimahto rival the most established destinations in the region.”

“The increase in tourists and visitors entering Rasl Al Khaimah suggests that a solid potential for developing the emirate travel and tourism sector exists. This partnership offers enormous potential benefit not only to the local aviation industry but to the overall economy,” said Adel Ali, Group Chief Executive Officer of Air Arabia. “With our hubs in Sharjah and Ras Al Khaimah, Air Arabia is well positioned to cater to the travel needs of the Northern Emirates, a position we believe will deliver real value to our customers and shareholders while transforming the region’s tourism sector by bringing millions of potential new visitors within just a few hours’ reach.”

The Department of Civil Aviation, Ras Al Khaimah is responsible for operation and regulation of the air transport system in Ras Al Khaimah. The DCA was established in 1974 to support the Emirate’s economic and social development. 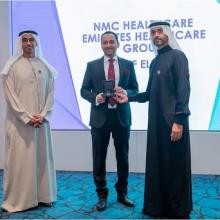 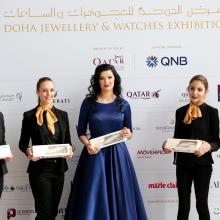