“We believe offering an integrated formula encompassing multiple cultural elements of cinematic outputs will provide a new perspective for introducing literature as an essential element for this edition of the ADIBF. In addition to the presence of the most notable Arab and international publishers displaying the latest in the world of knowledge, visitors will discover a miniature cinema theatre showcasing a number of Emirati films all through the book fair, providing a discussion platform for the country’s cinematic movement and some of the professional aspects of motion pictures,” said Al Shehhi.

“This move represents a step towards supporting an evolving sector on a local level, and requires unremitting institutional efforts to create a new mentality that takes cinematic expression more seriously and stimulates discussion using a more open and inspiring visual language. Through Black Box Cinema, we seek to encourage intertwinement between books and cinema, as it is the case in many countries with established filmmaking industry,” added Al Shehhi.

Nawaf Al Janahi expressed his delight at cooperating with ADIBF and contributing to the concerted efforts of promoting Emirati cinema. “It’s no secret that filmmakers make strenuous efforts to realise their dreams. These efforts need effective support for us to be able to see our image reflected in inspiring movies that convey our voices. The Black Box Cinema project offers a glimpse of what is being achieved on the ground and establishes dialogue among filmmakers,” he added.

The miniature cinema theatre showcases fifteen Emirati short feature, documentary, and animation movies that will be rerun at different times throughout the duration of the book fair. The associated seminars and workshops include a seminar by the well-known Egyptian director, Yousry Nasrallah, titled “Film Directors and Writing” in which Nasrallah tackles his own experience with writing, and how he interacts with other screenplay writers. On his part, Nawaf Al Janahi offers a seminar titled “Emirati Cinema, the First Step” in which he reviews the history of the Emirati local filmmaking scene and its current components.

The workshop series includes “Principles of Film Criticism” by the Egyptian critic Ahmad Shawqi; “Screenplay, the Image First” by the Emirati scenarist, Mohammed Hassan Ahmad; “Screenplay, the Narrative Structure” by the Bahraini filmmaker and novelist, Fareed Ramadan; and finally, Lotfi bin Al Sheikh explains the principles of the collective financing of film and creative works of art by showcasing the “Aflamona” experience.

In an effort to develop greater understanding between the world of books and cinema, every visitor who buys a cinema related book from any of the participating publishers can watch a movie for free at the theatre between 2 – 5 PM.

Additionally, one of the theatre’s external walls will be turned into a live mural where visitors can express and share their passion for cinema and writing any way they like.

Attracting over 1050 Arab and international publishers from 50 countries, an increase of 15 percent over last year, ADIBF is one of the region’s most well-respected book fairs. The great Arab poet Abu at-Tyayyeb Al Mutanabbi will be the focus personality of this year’s edition, in an effort to re-read his intellectual accomplishment from a whole new perspective. Meanwhile, the Kingdom of Sweden has been chosen to be the guest of honour with a dedicated pavilion offering a 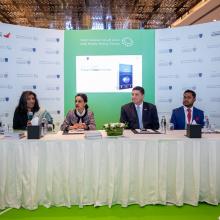 Creating a Future-proof Government the Topic on the 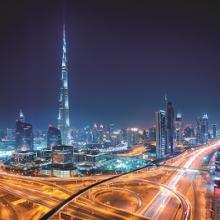 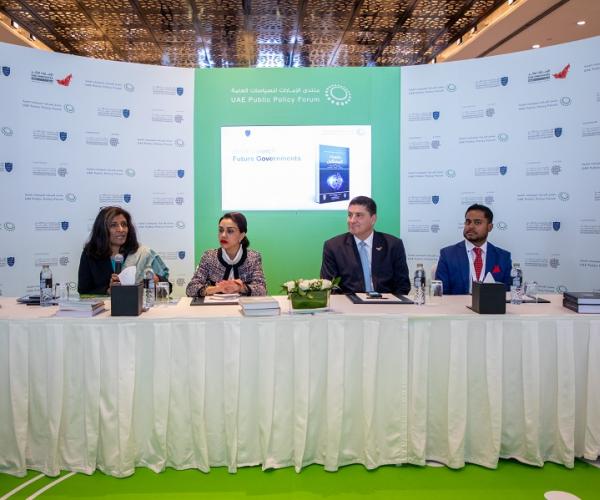 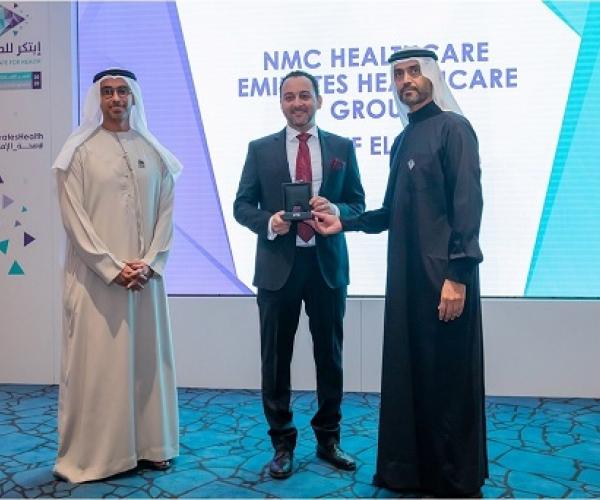 Creating a Future-proof Government the Topic