With its theme this year ‘Agile Government: Becoming Future-Proof’, day two of the Forum continued the event’s programme of keynote addresses, presentations, panel discussions, and workshops, all focused at enhancing governance in the Fourth Industrial Revolution era.

Day two of the UAE PPF 2020 started out with a session titled ‘Future Economy Labs’, where Rashid Hazari, Chief Strategist at the Dubai Government’s Department of Economic Development (DED), introduced the Future Economy Lab – a unique and agile government framework developed by the DED to shape a resilient future economy by proactively advocating policy interventions that make sure future-readiness, addressing threats and opportunities arising from the Fourth Industrial Revolution.

“Half of all workplaces will be automated by 2025 and 65% of existing professions are on track to disappear,” Hazari stated in his presentation, which showcased some of the most prominent trends transforming Dubai’s 14 leading sectors – in particular those driven by the emerging 4IR technologies. Hazari concluded his session with a call to action, urging all institutions and individuals to work together to address the “increasingly complex” challenges, where traditional approaches are no longer effective.

The Future Economy Lab outlines a strategy for driving the DED’s future economic development efforts through the ‘Triple Helix Collaboratory Processes’, which bring together the public, private, and academic sectors. The aim is to analyse the impact of megatrends, map out alternative future scenarios, and stay ahead of disruptions through programmes, which includes emerging sector creation and existing sector transformation.

Meanwhile, a panel discussion titled ‘Moon to Mars and Beyond’ moderated by Prof. Melodena Stephens, Professor of Innovation at MBRSG, brought together Sumaya Al Hajeri, Head of Space Legislations at the UAE Space Agency; Donato Giorgi, UAE and Middle East Representative at The National Centre for Space Studies (CNES) in France; and Dr Jill Stuart, Professor at the London School of Economics and Political Science, Editor-in-Chief of the journal Space Policy. The session showcased the UAE’s plans for space exploration dating back to the late Sheikh Zayed bin Sultan Al Nahyan, Founding Father of the UAE, from the launch of several satellites to the historic achievement that is sending Hazza Al Mansouri, the first Emirati astronaut, to the International Space Station previous year.

The speakers highlighted the significance of integrating a number of economic and service sectors in the space programme, and engaging the private sector in space exploration activities. Al Hajeri shed light on the UAE’s project to settle Mars and develop an integrated system that combines construction, infrastructure, communications, and technology, all of which sectors that contribute to the success of the Emirates Mars Mission.

Panellists pointed out that the efforts to go to the moon again are driven by political, economic, and scientific motives, seeing as it has been a long time since the moon was first explored, asserting that the moon is a key stop on the way to Mars. This calls for maintaining the momentum of scientific research and building on it for the sake of human prosperity.

The session revealed the findings of a survey, which showcased participants believed new societies should be formed in the event of settling Mars, and that we should not simply transfer the same governments from Earth to the Red Planet. At the end of the session, the speakers stressed that governments should be more transparent about possible scenarios and how to implement them in the future, especially with regard to unidentified flying objects (UFOs).

The session ‘Governance in the Age of Tech: Opportunities and Regulation moderated by Dr. Racquel Warner Assistant Professor at MBRSG, brought together H.E. Abdulla bin Touq, Secretary General of the UAE Cabinet, Dr Sridhar Venkatapuram, Director of Global Health Education & Training at King’s College London, and Alexandar Williams, Director of Future Economy at the Department of Economic Development in the Government of Dubai, in which they discussed technology and its role in building policies from various angles.

The speakers explored international cooperation, scalability, data protection, and education, all to harness technology for the greater good. H.E. bin Touq highlighted the RegLab, which was launched in January 2019, in partnership with Dubai Future Foundation (DFF), for the testing and vetting of innovations based on future technologies and their applications, and to help build agile policies that are compatible with the fast-paced environment. H.E. also stressed the importance of engaging the private sector and allowing it to be part of policymaking, in addition to the multiple stakeholders who have to be involved, including governments, large corporations, SMEs, universities, and NGOs. In conclusion, H.E. bin Touq invited all educators to join the RegLab and play their part in developing policies that are agile and flexible.

Dr Venkatapuram, for his part, focused on harnessing technology to improve wellbeing, noting that technologies do not address issues on the national level, but rather the individual level, and for those who are able to afford it. To that end, governments must interfere to change that reality and achieve the greater good, he explained, adding that inclusivity and moral education are crucial for a better technology industry that serves everyone.

Meanwhile, Alexandar Williams, emphasised that governments should not over-regulate nor should they be a player in the markets competing with the private sector. The two must collaborate to develop more agile policies. Williams also focused on the importance of intergovernmental relations to achieve scalability, as well as on the crucial role research and development (R&D) and innovation play in the sector.

Workshops went on day two of the Forum with Dr Vijay Pereira, Associate Professor of Human Resource Management at Khalifa University of Science and Technology, returning in a session titled ‘A Workplace that Supports and Enhances Mental Health’. Exploring topics associated to mental health in general, and workplace wellbeing, in particular, the session outlined several levels of behaviour or response mechanisms, the first of which is surviving, followed by coping, defending oneself (where denial is the most common approach), suppressing emotion, and over-expressing (usually with those closest to you rather than your superior in the workplace).

In accordance to the Centres for Disease Control and Prevention, about 80% of adults with depression reported at least some difficulty with work, while a Peldon Rose survey of office workers indicated that 72% of employees want employers to champion mental health and wellbeing, which was rated as more important than equality, sustainability, and diversity.

Statistics presented at the session showcased that less than two-thirds (62%) of adults in the UAE would seek help from mental health professionals, 19% would research online for help, and 15% would rather handle it themselves. The rest were more likely to seek help from friends, family members, religious leaders, general practitioners, or alternative medicine sources.

A workshop titled ‘Institutional Agility: Sensing the Future to Compete in the Present’ brought together Dr Ahmad Thougan Al Hindawi, Former Jordanian Minister of Industry and Trade and Chairman and CEO of Hindawi Excellence Group (HEG), and Dr Ahmed Nuseirat, Chairman of the Dr Ahmed Nuseirat Group for Excellence and Innovation, to explore ways to excel and forecast the future amid the rapid developments transforming the world at present. The workshop was moderated by Saleh Al Hammouri, Development and Training Expert in Executive Education at MBRSG.

“Institutional agility is not a new management concept,” said Dr Al Hindawi. “It has, however, gained traction as of late, driven by the rapid developments taking place around the world, as well as the emergence of advanced sciences such as Artificial Intelligence, the Fourth Industrial Revolution, and Internet of Things. Institutional agility is not a luxury but a necessity; every organisation – public and private alike – must analyse its data to learn its strengths and weaknesses and forecast the future.”

For his part, Dr Nuseirat said: “We should not be content with the services we already offer, but rather always try to develop new ones and to address challenges, especially now that several countries have began competing in governmental excellence and institutional agility, learning from the lessons Dubai has provided for the world.”

The session explored the significance of soft power and how it can be used effectively to influence people’s opinions in the UAE, the region, and the world. The speakers noted that soft power has become one of the most important tools for development in any country across the world. It is no longer the responsibility of governments alone; every person who works within government entities and all members of the community have a role to play.

The UAE realized the importance of soft power early on, launching the UAE Soft Power Strategy, which seeks to improve the country’s global reputation, shedding light on its unique identity, heritage, culture, and contributions to the world. Furthermore, the Emirates formed the UAE Soft Power Council to establish an integrated national system bringing together government entities and private companies to tell the UAE’s story to the world. 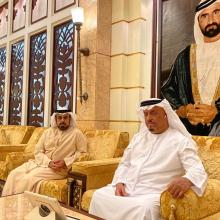 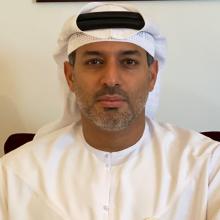 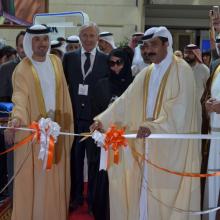