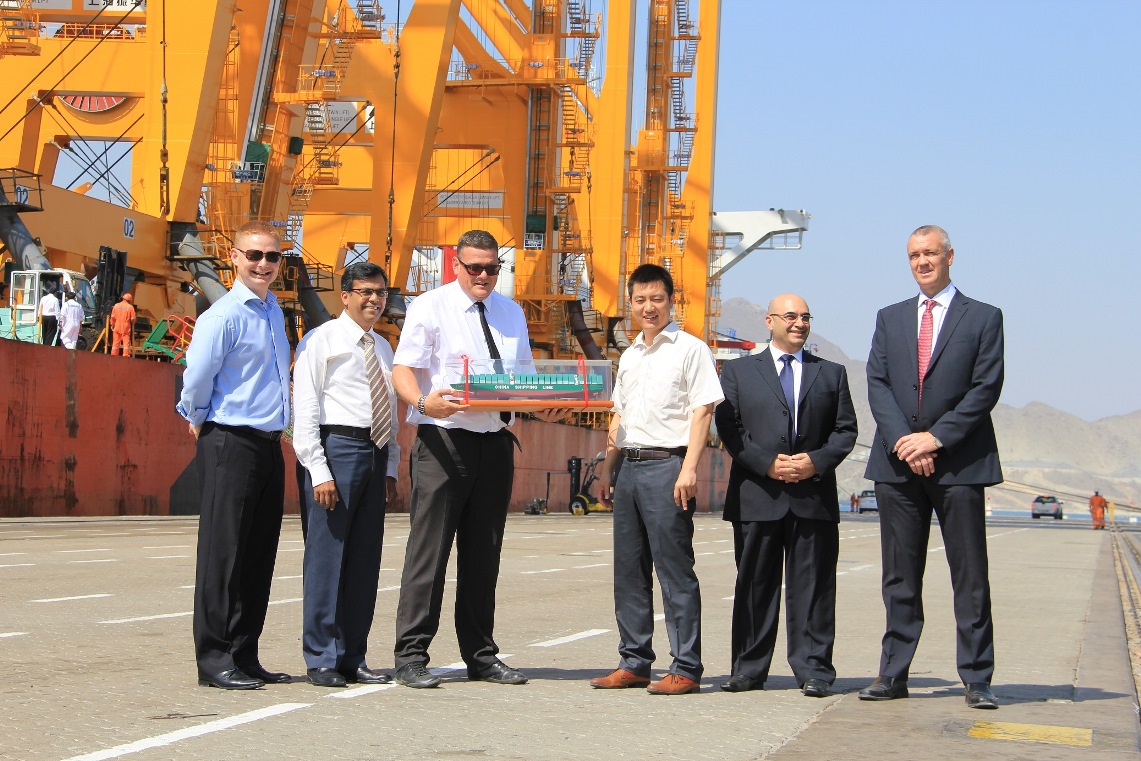 Marking an investment of over US$60 million, the equipment has already entered operations having been delivered on-site fully-assembled and have been commissioned.

At a ceremony held at KCT, representatives of China Shipping presented a memento to the Gulftainer team congratulating the company on the addition of the new equipment that will further accelerate container terminal operations.

Steve Ogden, Operations Director of Gulftainer, said: “The addition of these advanced crane systems at KCT underlines our commitment to further strengthen our operations at the terminal, which has defined its credentials as one of the world’s most productive hubs for container operations. We continuously invest in our facilities to strengthen the efficiency of operations and maximise productivity. The new STS cranes are not only larger, with a greater outreach, to better cope with the giant 18,000 TEU and above vessels, they also provide greater flexibility in their operations. This will help speed up the terminal operations and create even better value for our customers.”

KCT is the only fully fledged operational container terminal in the UAE located outside the Strait of Hormuz. Due to its unique geographic location, it has been one of the most important transshipment hubs for the Arabian Gulf, the Indian Sub-continent, the Gulf of Oman and the East African markets.

It offers a cost-effective and time-saving option for mega-containerships which can save valuable transit time by calling at Khorfakkan and enjoy a quick turnaround to continue their onward journey. The port has been frequently listed as one of the top performing container terminals in the world.

Gulftainer’s current portfolio covers operations at Umm Qasr in Iraq, Recife in Brazil, Tripoli Port in Lebanon and also in Saudi Arabia, where it manages container terminals in Jeddah and Jubail ports. The company has recently signed a 35-year concession with the Canaveral Port Authority in Florida marking Gulftainer’s first venture in the United States.