Four Seasons Inspires Travellers To Embrace The Gift Of Time In 2020
New global study reveals generational and global perspectives on the value of travel, inspiring Four Seasons to create experiences big and small that make the most of every moment

In a year where we have been given one extra day, Four Seasons set out to discover what is most meaningful to travellers, looking at both the value of time off and how we choose to spend that time.

In accordance to a new international study commissioned by Four Seasons, nearly everyone surveyed, throughout geographies and age groups, valued more vacation time over more money if given the options, reaffirming that time continues to be the greatest luxury of all. The study of adults from the GCC, United States, United Kingdom and China revealed that more than half of Millennials (54%), Gen X (53%) and Boomers (56%) would choose for more vacation days over more compensation. Only Gen Z –many of whom have the luxury of more time yet look for financial independence – value a raise (62%) over more days off (38%).

By contrast, the wish list for how we spend our time while travelling is much more universal, spanning all generations surveyed. Replicating our ongoing quest for self-fulfilment, travellers of all ages look for meaningful and personally fulfilling experiences, both big and small, that leave them feeling more interested in different cultures, more engaged with the world, and more deeply connected to themselves and others.

“As we persist to innovate the Four Seasons guest experience, our international market research provides insight into how travellers prioritise and value time, both generationally and across regions,” says Christian Clerc, President, Global Operations, Four Seasons Hotels and Resorts. “Today’s travellers are looking for purpose via authentic experiences, returning home with a different understanding of the world around them. As a luxury hospitality company, we are at the forefront of this shifting customer desire, and it inspires how we curate the guest experience, making sure travellers leave Four Seasons with a sense of deep connection to the community and the destination’s culture.”

Travel can frequently lead us to do things we never dreamed possible, casting aside our daily routines so that we can experience the world differently. When it comes to life post-vacation, the key to “coming home different” might be taking part in transformative experiences that push us and broaden our horizons.

The survey found that younger travellers – Millennials and Gen Z – are bigger risk-takers compared to Boomers; however, nearly all (95%) respondents agreed that a vacation is when they would be most likely to step outside of their comfort zone. In fact, more than a third of travellers have done something while on holiday that they didn’t know they could, like trying a new sport or learning a new skill to challenge themselves mentally and physically. This is particularly true for respondents in China, where two-thirds (66%) of Chinese adults surveyed say their travel style is better described as “getting out of their comfort zone” versus other markets (45%).

Collectively, we see the world differently after having been on vacation, with travel offering us time to reflect, be our best selves and embrace new ways of thinking. Strengthening the notion of a “post-vacation glow,” more than half (51%) of global respondents noted feeling more motivated, more optimistic (46%) and more patient at work (42%) after a holiday.

Close to 4 in 5 (79%) Americans agree that after a vacation, they are more productive in the workplace. In the UK, nearly 3 in 5 respondents who’ve “come home different” say they did so with greater positivity or optimism, more appreciation for their loved ones (45%), better understanding of others’ motivations (39%) and greater ability to manage stress (38%).

Broadening personal horizons can also produce lifelong benefits. Nearly 3 in 5 respondents reported adopting new interests as a result of their travels, such as listening to new music (43%), learning new languages (36%) and appreciating new forms of art (36%).Younger adults are especially eager to take a new path to self-fulfilment while on vacation, with three quarters of those under 40 picking up a new hobby or interest.

The most popular travel takeaway? Universally, the most common new interest across age groups and regions is cooking or eating new foods (56%), reinforcing the importance of unique and authentic dining experiences, something that Four Seasons is known for the world over.

With 24 extra hours in 2020, what will you do with more time? Four Seasons believes in real, tangible transformation through connection to the world and the people around us, no matter how much time one has.

This leap year, take a pause with Take Your Time: Daily Discoveries, a collection of Four Seasons experiences that require no more than 1 day, 1 hour or even 1 minute. Whether a quiet moment of meditation, an hour spent walking historic grounds, or a full-day guided expedition, curate experiences driving deeper connections are available at properties worldwide, brought to life by the people of Four Seasons.

Read on for details of just some of the #FSTakeYourTime experiences you can enjoy around the world.

Hoi An, Vietnam: A Goodnight Kiss

The body resonates with healing vibrations as it’s bathed in the evocative music of singing bowls during the spa’s nightly ritual. Set your intention in writing, and then release a wishing candle onto the lotus pond as we say goodnight to the earth.

You’ll never forget your first bite of the fresh-baked local tandir bread from the Hotel’s clay oven or at a café in the historic Old City.

We’ve saved a seat for you beneath the magnificent glass cupola in the Hotel’s historic Peacock Passage. Sit back and taste lavish cakes and savoury delights served on hand-painted Herend porcelain as live piano melodies fill the air.

Cycle over to the island’s tortoise sanctuary to meet with an Island Conservation Officer and say hello to baby Aldabra giant tortoises. George, a 120-year-old Aldabra, will be waiting for you too, ready to munch on his favourite snack – apples.

Where are the best waves? TropicSurf pro Blake McKinnon shares his secrets as you ride a private helicopter to the otherwise difficult-to-reach surf off the coast of neighbouring East Java. No crowds, just waves.

Hop aboard our helicopter for a culinary expedition to nearby Thônes. Shop for the region’s famed Reblochon and Chevrotin cheeses, and then savour an artfully prepared meal by the fire in the historic Ferme des Vonezins chalet. 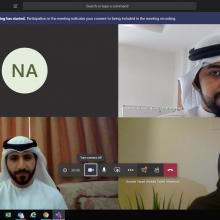 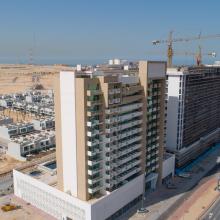 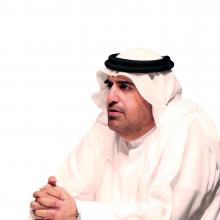