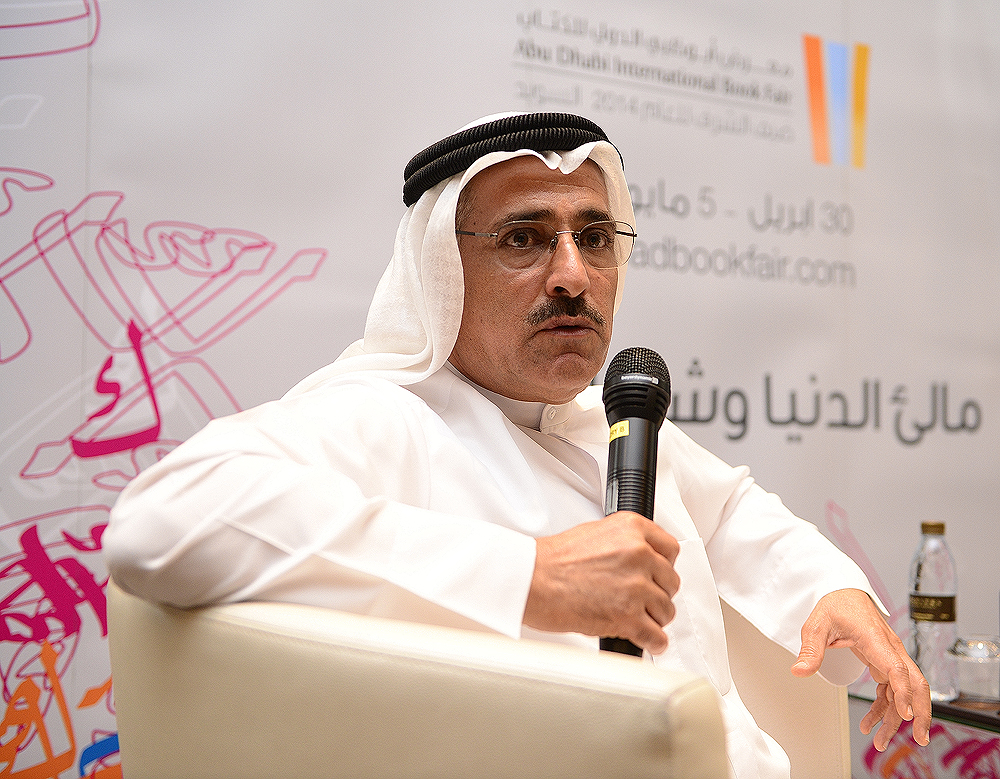 “ADIBF has emerged as anessential professional career stop, which all authors and publishers are keen to make. It is also a significant launch platform for new cultural projects in the publishing industry. Consequently, ADIBFmakes a tangible contributionin shaping people’s literary awareness in line with TCA Abu Dhabi’s vision of sustaining and promoting literary creativity and cultural work in the UAE capital,” said Al Qubaisi.

With 100 new exhibitors, a 10% increase over last year, the 1,125exhibitorsrepresent 57 countries, displaying more than 500,000 titles in 33 languages encompassing all genres of literature. Making their ADIBF debut are 120 publishers, including 16 local exhibitors.

The organising committee was overwhelmed with demand for participation, with98 publishers denied space due over subscription. “The remarkableinterest to participate in ADIBF reflects the Fair’s notable position for publishers, not only as an important avenue to improve their sales, strike commercial deals, and sign new agreements and contracts; but also as a hub for exchanging expertise and learning about the latest in the publishing world though the professional programme ADIBF offers every year,” added Al Qubaisi.
To boost engagement, ADIBF’s hosted buyers programme will encourage international exhibitors to visit all the sections of the Fair and acquaint themselves with the facilities and special offers they can benefit from.
Additionally, a number of targeted networking seminars will be run by a select group of publishers and specialists to discuss practical issues directly related to the publishing industry.Eric Yang, co-chair in the Advisory Committee for Incheon's bid For the UNESCO World Book Capital City 2015, runs a seminar about “International Cooperation in the Age of Digital Publishing”. Another seminar focusing on editing Arabic texts to avoid weak compositional structure will be held with the participation of Dr. Phillip Kennedy from the NYU Abu Dhabi Institute, translator Samer Abu Hawash, and Abdul Hakim Suleiman from Merit Publishing. Kassem Al Tarras will be discussing the role of International Standard Book Numbering in book proliferation, and a group of publishing professionals, particularly in literature, will offer their advice on how to promote an author whose works have been translated abroad.

Through The Education Chapterprogramme - aimed at concentrating groups of education experts, publishers, authors, librarians, and teachers -ADIBF will highlight several real life experiences which succeeded overcoming the challenges of book marketing. These includeJamila Hassoune from Morocco, who initiated the Book Caravan to make books available in remote villages; Richard Floor’s experience in e-Teaching for people with special needs; and Peter Worley’s way of teaching philosophy to students between 6 – 13 years old. Sweden, this year’s guest of honour, is offering an interactive session to teachers and librarians to explain the Swedish creative concept of kindergartens. Moreover, ADIBF’s eZone will offer several courses related to the latest innovations in the e-book industry.

Commenting on the importance of integrating a diverse range of cultural influence,Mohamed Al Shehhi, the National Library’s Director of Research and Publishing said, “Based on the concept of cultural exchange endorsed by ADIFB, which has transformed from selling book selling centre to a vital, open meeting place that attracts leading writers and intellectuals to deliberate on current issues that transcend literary boundaries, but also has its bearings on the lives of the general public. Therefore, we decided to put the subject of Political Islam up for discussion in several seminars to tackle the issue of religious intolerance and the dark shadows it casts on our modern life,” said Al Shehhi.

In this context, Egyptian writer and historian Mohamed Al Shafei and Mansour Al Nogaidane, Director of Al Mesbar Studies and Research Centre, will participate in a seminar under the title “The Rise and Fall of Political Islam”, while another seminar discusses “Political Islam in Caricature” with a group of caricature professionals. The Emirates Writers Union “Religion and Religiosity” seminar will be held at ADIBF by the writer Abdul JawadYaseen who will be discussing his latest book of the same title.

Local popular culture will also be in the spotlightduring the Fair. A group of female students from Zayed University will be presenting a modern interpretation of the “Al Khaoofa” (The Ewe) folktale in a seminar titled “Stories from the Emirates”. “The Sea in the Emirati Memory” seminar will have the two researchers Bilal Al Badour and Abdulaziz Al Musallam explore this widely used symbol in local writings despite their diversity. Additionally, the influence of Folk Poems on the development of the Emirati song will be showcased an exciting seminar to be held by musician Eid Al Faraj and writer Mouayad Al Shibani.

Other seminars will tackle a wide range of topics including the techniques of literature such as the reality of the short story, reading and writing in the digital age, children and computers, and a special seminar about sports and culture in which members of the UAE National Football Team talk about their relationship with culture as a way of consolidating the cultural concept which is open to life.
The “Tawaqee” (Signatures) corner at ADIBF will welcome authors of 36 new books from across the Arab World for autograph sessions, preceded by seminars dedicated to their books.

ADIBF, one of the region’s most well-respectedbook fairs, has selected the great Arab poet Abu at-Tyayyeb Al Mutanabbi to be this year’s focus personality in an attempt to re-read his intellectual accomplishment from a whole new perspective. And for the first time during the opening ceremony, a musical concert inspired by the poet’s unique creativity and his quest for an equitable prince will be performed. Under the title “Al-Mutanabbi… forever a traveller”, AbeerNehme will sing accompanied by the best Arab musicians.
ADIBF also inaugurates the Black Box Cinema project, which features a number of Emirati films throughout the duration of the book fair, alongside dedicated seminars. The project will be carried out by esteemed Emirati filmmaker Nawaf Al Janahi. The Book Fair will also include multiple art and painting galleries.