Stephane Peterhansel can claim another position in the record books when he defends his title in the Abu Dhabi Desert Challenge later this month as a star-studded line-up assembles in the UAE for the 30th anniversary event.

The world’s most successful cross country rally competitor will be aiming for a report seventh cars victory in the event in partnership with co-driver spouse Andrea in an X-raid Mini John Cooper Works Buggy.

They turn out to be the first married couple to win an FIA World Cup rally with their success in Abu Dhabi 12 months ago as Peterhansel equalled Jean-Louis Schlesser’s haul of six wins in the event.

The French driver may face his hardest Desert Challenge test to date, however, with a effective line-up also along with three more former winners in Czech Martin Prokop in a Ford Raptor RS, the UAE’s Khalid Al Qassimi at the wheel of his Abu Dhabi Racing Peugeot 3008 DKR and Qatar’s Nasser Al Attiyah in a Toyota Hilux.

Peterhansel, winner of the Dakar Rally seven times on 4 wheels and six times on a bike, can also anticipate pressure from Poland’s Jakub Przygonski, winner of two stages last year, and Saudi Arabia’s Yazeed Al Rajhi, both in a Toyota Hilux.

The chase for honours in the T3 SSV vehicles will be equally intense, with challengers which includes nine-times world rally champion Sébastien Loeb who makes his Desert Challenge debut in a side by side OT3. British WRC driver Kris Meek is also among the 15-car T3 entry in a PH Sport Zephyr.

Another important conflict for honours is assured in the bikes category where Sam Sunderland, the reigning FIM Cross Country Rallies world champion, defends his Desert Challenge title and seeks a third win in the event.

Now based in Andorra, the British rider developed his desert skills after shifting to Dubai as a youngster and is still a UAE-licensed competitor. He faces stern competition from fellow KTM riders Mathias Walkner of Austria and 2016 Aussie winner Toby Price, as well as Husqvarna stars Pablo Quintanilla, the 2018 champion from Chile, and Argentina’s Luciano Benavides. The UAE’s Mohammed Al Balooshi additionally targets for a top finish.

“There is quality everywhere you look, and we’re looking forward to a classic week of cross country rallying to celebrate the 30th anniversary of the Desert Challenge,” stated rally founder Mohammed Ben Sulayem, President of the Emirates Motorsports Organization and FIA Vice President for Sport.

Taking place from 21-26 under the patronage of HH Sheikh Hamdan bin Zayed Al Nahyan, the Ruler's Representative in Al Dhafra Region, the 30th Abu Dhabi Desert Challenge forms the 2nd round of the 2020 FIA World Cup for Cross Country Rallies for cars and buggies and the opening round of this year’s FIM Cross-Country Rallies World Championship for bikes and quads.

The rally will be based at Yas Marina Circuit, and participants start arriving at the Rally HQ on Friday 20 March for official documentation and scrutineering of all vehicles earlier than the ceremonial start at 7.00pm the following day. The event strikes out from the UAE capital into the Al Dhafra Region the next morning, and for 5 nights will be based at a purpose-built bivouac. The event finishes back at Yas Marina Circuit at 5.00pm on Thursday 26 March. 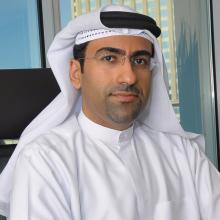 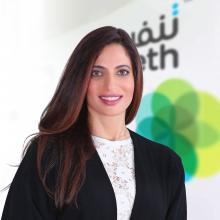