UNHCR’s Refugee Zakat Fund assisted Over 648,000 forcibly displaced people in the first half of 2019

Another report by UNHCR, the UN Refugee Agency uncovered that 648,476 internally displaced persons (IDPs) and refugees were assisted in the first half of 2019 with Zakat funds received through its ‘Refugee Zakat Fund’. The report released today by UNHCR is a mid-year audit that demonstrates the effect of its Refugee Zakat Fund which was introduced earlier this year. The Fund is a globally trusted, effective, and Sharia compliant structure that harnesses the power of Zakat to make a long-lasting impact on the lives of the most vulnerable displaced communities around the world.

As per the report, US$ 38.1 million was raised through the Fund thanks to generous contributions from donors across the globe; surpassing the fundraising target of $26 million originally set for 2019. The report also uncovered that for the first time, Zakat was raised online by UNHCR offices in Canada, the United Kingdom and in a number of countries in South East Asia.

Donations received through the Fund have so far helped over 111,209 of the most vulnerable refugee and IDP families (approximately 648,476 individuals) in Yemen, Lebanon, Iraq, Egypt, Jordan, and Mauritania through cash assistance. In Yemen alone, US$ 13.5 million has already been disbursed as emergency cash to support displaced families in desperate need of humanitarian assistance. Multi-purpose cash assistance supports refugee and IDP families in meeting their most basic needs including rent, food, health and education. In May this year, The Fund expanded its geographical extend of support to cover displaced Rohingya refugees in Bangladesh, making it the first crisis outside the MENA region to receive Zakat assistance. This will support UNHCR’s ongoing efforts in providing life-saving assistance to Rohingya refugees displaced due to conflict from Rakhine State in Myanmar.

“The impact of the contributions to UNHCR’s Refugee Zakat Fund on the lives of refugees and internally displaced persons is remarkable. It is a testament of the instrumental role that Islamic philanthropy can play in the humanitarian response to displacement crisis globally,” said Houssam Chahin, UNHCR’s Head of Private Sector Partnerships in the Middle East and North Africa (MENA) region. “We are grateful to all individuals and institutions who continue to entrust UNHCR with their Zakat and for their resolute support for displaced persons around the globe.”

UNHCR aims to substantially scale up its support through Zakat funds to support a total of 1 million displaced persons by the end of 2019. UNHCR has consequently revised the Fund’s target to $44 million in Zakat donations for 2019. The Fund’s impact will be supplemented through its SadaqahJariyah campaign (voluntary charity contributions Muslims make at their discretion), launched post Ramadan to support refugees in Bangladesh as a priority.

Rafi-uddinShikoh, CEO and Managing Director at DinarStandard, growth strategy firm working with UNHCR on the production of the report, said “The Refugee Zakat Fund has gained substantial momentum since its launch earlier this year. With its expansion to Bangladesh and already exceeding the original target of US$26 million for 2019, the Refugee Zakat Fund is gearing up to showcase the impact it can have on the lives of millions of displaced families.” 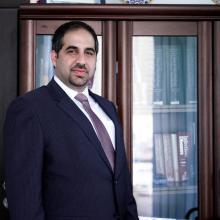