Abu Dhabi, April 15, 2014: The UAE has achieved significant progress in the fight against human trafficking and will remain proactively engaged in the global campaign against the challenges of such constantly evolving crimes, said His Excellency Dr. Anwar Mohammed Gargash Minister of State for Foreign Affairs, Minister of States for FNC Affairs and Chairman of The National Committee to Combat Human Trafficking.

In a speech at the launch of the Committee’s Annual Report 2013-2014, that was read out on behalf of His Excellency by Dr. Abdul Rahim Al Awadi, Assistant Foreign Minister for Legal Affairs in the Ministry of Foreign Affairs and Member of the National Committee to Combat Human Trafficking, Dr. Gargash expressed happiness over the release of the Annual Report, describing it as an attempt by the Committee to record the progress of the initiative against human trafficking, identify obstacles and challenges encountered during the last year and spell out future initiatives.

“Today, we are happy to release the seventh Annual Report of this key government initiative against human trafficking as part of the Committee’s efforts to share information on this critical issue with the general public and the international community,” H.E. Gargash said.

The National Committee to Combat Human Trafficking was established in 2007 to implement the national strategy to counter human trafficking after the Federal Law 51 on Combating Human Trafficking became effective in the UAE a year earlier.

“The government recognizes that the more informed it is about the victims of trafficking and the sources of trafficking as well as the transit countries and methodologies practiced by traffickers, the more it can do to prevent this crime. This report therefore attempts to integrate the various processes involved in this effort,” H.E. Gargash said.

With effective action in place to counter human trafficking, the number of human trafficking cases in the UAE has come down significantly over the years. The UAE has also ensured that while victims are rescued and rehabilitated, perpetrators of such crimes are brought to justice.

According to the National Committee to Combat Human Trafficking, in 2013, 27 human trafficking-related cases were registered by the Ministry of Interior under Federal Law 51, out of which the Public Prosecution treated 19 as human trafficking cases. These cases involved 24 victims and led to the arrest of 50 traffickers. Compared to these 19 cases in 2013, there were 58 cases in 2010 and 47 in 2012.

Notably, the UAE has also recorded high conviction rate with 12 cases convicted in 2013, involving stiff penalties ranging from one year in jail to life imprisonment and fines, reflecting the robustness of the judicial system in the UAE.

“I am happy to state that this trend of high conviction rate has been maintained ever since Federal Law 51 on Combating Human Trafficking became effective. The numbers also suggest both growing awareness about human trafficking among the public and intensifying counter-measures adopted by various official agencies, ministries and non-government organisations involved in tackling this crime,” H.E. Gargash said.

“It is indeed heartening that the government agencies are becoming increasingly successful in disrupting the activities of several criminals and groups involved in human trafficking,” H.E. Gargash added.

The National Committee to Combat Human Trafficking has implemented a ‘5 Ps’ strategy to fight the menace of trafficking. This strategy comprises Prevention, Prosecution, Punishment, Protection and Promotion of International Cooperation.

In the framework of this key strategy, the UAE took several significant steps during the last year, which included amending Federal Law 51 to ensure better protection for victims; establishing a fund to support victims of human trafficking; proactively opening a new shelter in Abu Dhabi to deal with male victims of human trafficking; conducting a public awareness campaign at various terminals of the Dubai International Airport; and forging international partnerships and enhancing cooperation with the countries of origin to tackle the crime at source, rather than deal with it only within the UAE’s borders.

The UAE has also participated in several regional and international efforts to counter this crime; and has been conducting regular workshops and training courses as part of the efforts to continuously improve the skills of law enforcement officials dealing with human trafficking.

In continuation of the anti-human trafficking strategy during 2014, the UAE intends to adopt a number of measures. These include extending the airport awareness programme to all the northern emirates; conducting a workshop to educate the private sector about human trafficking, and enabling companies in the sector to prevent instances of trafficking during the process of hiring workers. 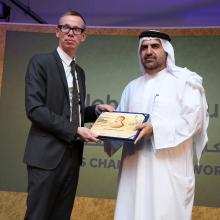 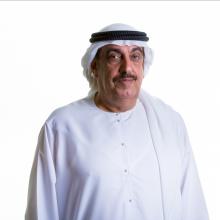