The United Arab Emirates (UAE) ranked first in the Arab world and 21st globally on the Global Labour Resilience Index 2020, which was issued in Davos, Switzerland at the time of a special session held on the sidelines of the 50th summit meeting of the World Economic Forum in the presence of H.E. Eng. Sultan bin Saeed Al Mansoori, UAE Minister of Economy, and officials and economic leaders from more than 30 countries.

Following the release of the report, the UAE has officially climbed 12 places on the index’s overall rating over the previous five years, up from 33 in 2015, and it is the only GCC country to rank among the top 30 countries the year. Bahrain is the nearest Gulf nation to the UAE and ranked 15 places below in 36th for the year.

The Global Labor Resilience Index measures the level of future unemployment risks that countries face based on geographical disparities, structural shifts, policy and technology changes and their effect on the labor market; with the report for the current year ranking 145 countries and economies on the flexibility of their labor markets in light of the technological transformation.

The index was led by Whiteshield Partners, a London-based consultancy company that specializes in international public policy and strategy, in cooperation with the Oxford University Saïd Business School, Manpower Group, and the UK Institute for the Future of Work.

At the time of launching session of the index on the sidelines of the Davos 2020 meetings, H.E. Al Mansoori stated that the UAE has followed an improvement path based on the vision and directions of the nation’s wise leadership. He explained the country has achieved continuous development in economic policies and business sector strategies, maximized the resilience of the labor market and raised its ability to adapt to economic and social changes and global transformations as a result of technological and digital revolution over the previous ten years, and occupied a leading position at the regional level in this vital path that charts the future economies of the subsequent level.

H.E. Al Mansoori added: "The UAE’s achievements on the Global Labour Resilience Index 2020 is a testament to the national economy as it has made great strides in developing its economic potential in the digital age and improving its ability to confront the widespread economic changes at global level. This includes the ability to keep pace with progress in economic complexity, and adopting a knowledge economy model that focuses on the know-how needed to produce goods and services, diversify exports, increase the diversification of the economic base and reduce dependence on oil.”

H.E. Al Mansoori also mentioned that the Index carries great importance as it provides an invaluable tool for measuring the readiness of labor markets for the fluctuations that the world is currently undergoing or will face in the future – whether due to technological transformations, economic effects of geopolitical changes, trade disputes or economic retreats.

He emphasized that the UAE’s respective rankings on the index are the result of the efforts made by the country to improve its labor market capacity to adapt and respond to new economic trends; pointing out that the state has focused on motivating innovation and creativity, supporting research and development activities, improving the intellectual property system, developing the business and investment environment, and enhancing its position and reputation as an international destination for talents, experiences and people with various skills. He also stressed that the UAE’s Government is moving forward with its development policies that stimulate further adoption of technology solutions in association to information and communication.

The Global Labour Resilience Index is divided into two main axes, each of which includes several sub-indicators. The first is the axis of structures and includes indicators related to demographics, economic development, capabilities, economic diversification and inequality. The second axis, which is the policy axis, includes indicators related to education, skills, employment, innovation, technology, entrepreneurship and statistics.

Switzerland ranked first globally on the index for this year, followed by Singapore in second and the United States in third. Denmark, the Netherlands, Sweden and Germany finished fourth, fifth, sixth and seventh respectively; while Finland ranked eighth, and the United Kingdom and Belgium completed the top 10 ranked countries.

Guy Ryder, Director General, International Labour Organization (ILO), said: “The Global Labor Market Resilience Index spotlights the importance of having appropriate policies to improve resilience. Many countries have improved their response to these policies in current years through employment, skills development, social protection and other measures.”

He also mentioned that the global unemployment rate has decreased from 5.2 per cent to 4.9 per cent. He said the biggest task moving ahead is to create an influx of jobs that provide favorable opportunities and increase productivity to make sure workers do not hinder their professional development in low-quality jobs; adding this will require a comprehensive approach to government and the active participation of labor market representatives and other stakeholders.

FadiFarra, Co-Founder and Partner at Whiteshield Partners who co-leads the Global Labour Resilience Index report, said: "We need a new approach at the local level to engage citizens, businesses and policy makers in order to sustain flexibility throughout the labor market.”

In accordance to the report, Nepal, Lebanon, Tunisia and Egypt were among the five topmost countries that have a gap in labor market resilience, emphasizing the difference between long-term structural characteristics, short-term policies, and the great potential of each to enhance the resiliency of its labor markets in order to enable targeted and relevant policies and reforms, economic diversification, labor policies, innovation and entrepreneurship. 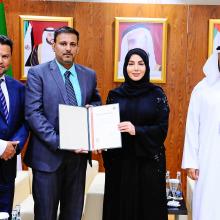