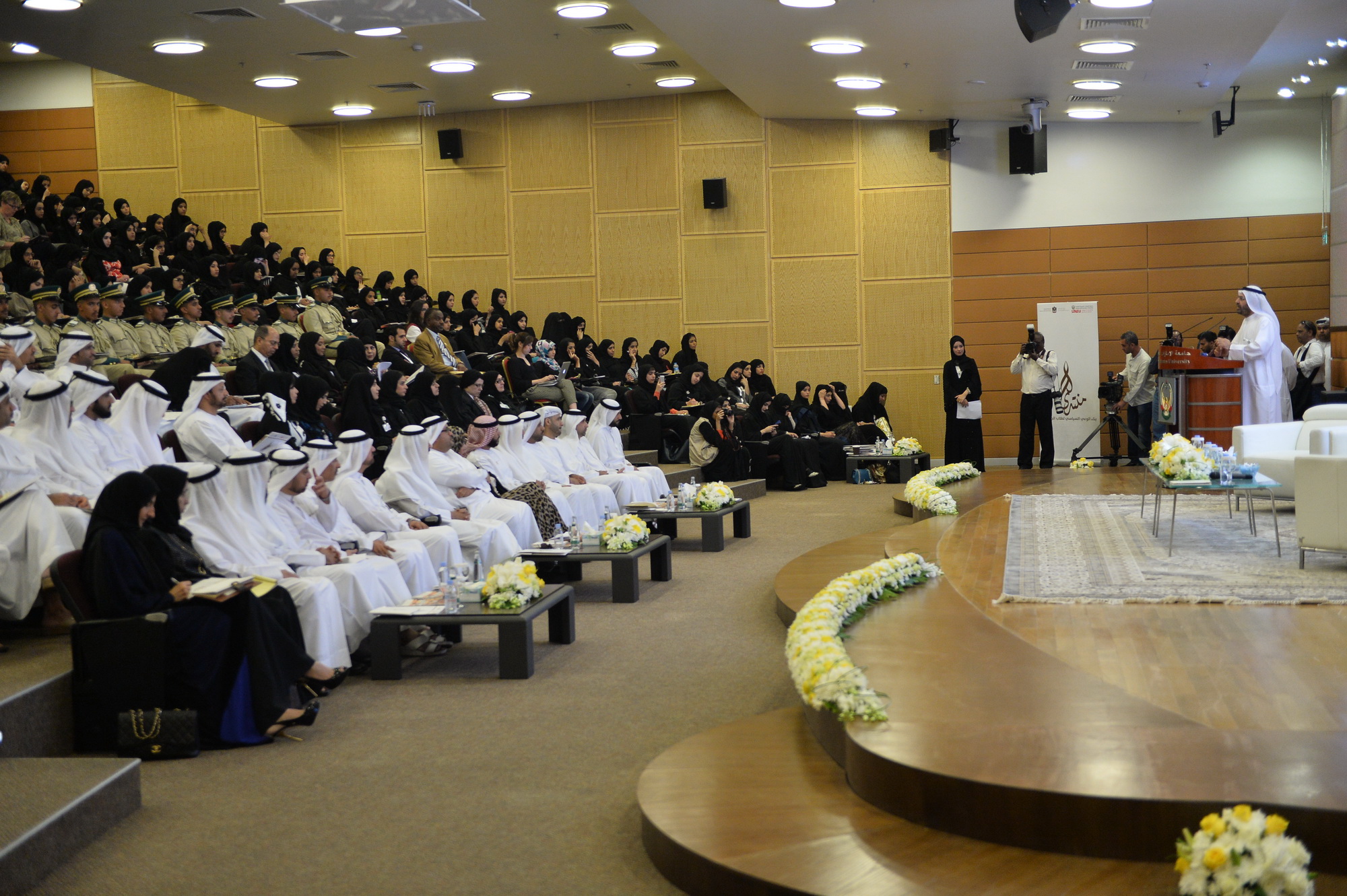 His Excellency Mohammed Ahmed Al Murr, Speaker of the Federal National Council, inaugurated the third session of the ‘Political Awareness Forum for University Students’, at the United Arab Emirates University today (the 10 of November 2014). The Forum, which will conclude tomorrow, is part of the ongoing efforts of the Ministry of State for Federal National Council Affairs to support and promote a culture of political participation among different segments of the society.

His Excellency Tariq Hilal Lootah, Undersecretary of the Ministry of State for Federal National Council Affairs, addressing the Forum on behalf of His Excellency Dr. Anwar Mohammed Gargash, Minister of State for Foreign Affairs and Minister of State for Federal National Council Affairs, said: “The process of building the political consciousness of individuals in any community depends on the government and private institutions. The partnership with United Arab Emirates University has been the result of our focus on cooperation with education sector in strengthening the political awareness process.

Stressing the importance of the annual forum in promoting political awareness among university students, H.E. Dr. Gargash said this year the forum is discussing the Federal National Council elections, which is a very positive step in the efforts to promote political participation.

H.E. Dr. Gargash said the leadership of the UAE is moving with determination to complete the process of political development as part of the efforts to make the UAE a leading country in all areas. H.E. Dr. Gargash asserted that political participation is not achieved in a short period of time but is the outcome of an integrated process involving the community, government entities and private institutions, and must suit the cultural heritage of the people.

The ‘Political Awareness Forum for University Students’ launched its first edition in 2012 as a partnership initiative between the Ministry of State for Federal National Council Affairs and the UAE University to raise the political consciousness within the UAE society. The forum has achieved resounding success in its first and second edition, contributing to enhanced awareness among the students about the foundations of political participation in the UAE community. It has also helped the students gain insights on the process of the Federal National Council elections and other related topics.

In an opening address, H.E. Dr. Ali Rashid Al Nuaimi, Director of the United Arab Emirates University, stressed the importance of the topics and themes of the two-day Forum, calling on students to benefit from the event through proactive interactions in its discussions and sessions.

Following the opening ceremony of the third edition, the winners of the research competition for university students were announced. The competition was launched during the second edition of the forum in 2013.

In the second session, Her Excellency Dr. Sheikha Al Ari, member of the Federal National Council, and Prof. Dr. Mozah Ghabash, Chairperson of the Board of Trustees of Shamsa Bint Suhail Award for Creative Women, spoke on ‘Experiences of women's participation in the Federal National Council elections’. The session was moderated by Prof. Dr. Najwa Al Hosani of the Media and Mass Communication Department at the UAE University.

The forum will discuss on the second day a variety of topics such as the role of media and social media as well as the role of institutions of civil society in the Federal National Council elections.