Collaboration between Emirates Water and Electricity Company and Tadweer to transform up to 1.5 million tonnes of municipal waste into energy, Proposed plants to collectively reduceCO2emissions by approximately 2.5 million tonnes per year – equivalent to theremoval of more than 500,000 cars from the road, MoU was signed in a virtual signing ceremony attended by senior leadership from ADPower, EWEC and Tadweer

Abu Dhabi Power Corporation (AD Power) unveiled – alongside its subsidiary, Emirates Water and Electricity Company (EWEC) – the signing of a Memorandum of Understanding (MoU) with the Abu Dhabi Waste Management Center (Tadweer). The MoU objectives to facilitate the development of two Waste-to-Energy (WtE) plants – in Abu Dhabi and Al Ain – which, upon completion, would have the ability to transform up to 1.5 million tons of municipal waste into energy every year and collectively minimize CO2 emissions by around 2.5 million tons yearly – equivalent to the removal of more than 500,000 cars from the road. The Abu Dhabi plant is also expected to be among the largest WtE amenities in the Middle East.

The first plant – tobe located in the Industrial City of Abu Dhabi (ICAD) in the Mussafah region – would have an expected processing capacity of up to900,000 tons of waste per year and generate up to 90 MW of electricity (equivalent to powering an average of 22,500 UAE households), making it one of the largest WtE facilities in the region. The plant is expected to reduce CO2 emissions by around 1.5 million tons per year (equivalent to the removal of more than 300,000 cars from the road).

The second plant – to be located in Al Ain – would have a predicted processing capacity of up to 600, 000 tons of waste per year and generate up to 60 MW of electricity (equivalent to powering an average of 15,000UAE households). Expected minimizes of CO2 emissions would be around 1 million tons per year (equivalent to the removal of more than 200,000 cars from the road).

AD Power’s CEO and Managing Director, Jasim Husain Thabet, stated: “This MoU represents a considerable milestone for Abu Dhabi as we deliver on the aims set out in UAE Vision 2021, which goals to divert 75 percent of waste away from landfills. The proposed WtE plants will minimize the effect of waste on the environment and human health, assisting to deliver on the water and electricity sector’s sustainability agenda.

“This collaboration between AD Power, EWEC and Tadweer reinforces Abu Dhabi’s, and the broader UAE’s, commitment to managing waste in a sustainable and environmentally conscious manner. We look forward to capitalising on further opportunities that making use of the most efficient waste-management technologies and drive our nation’s clean energy ambitions,” Mr. Thabet mentioned.

Othman Al Ali, Chief Executive Officer of EWEC, stated: “We are glad to collaborate with Tadweer to considerably improve Abu Dhabi’s waste-to-energy infrastructure, in line with both our sustainability-focused mission at EWEC as well as the nation’s wider commitments. The project will also serve as a benchmark across the region for the development of sustainable WtE facilities and waste management systems.”

H.E.Dr. Salem Al Kaabi, General Manager of Tadweer, stated: “This agreement is aligned with Tadweer’s constant efforts to divert waste from landfills and motivate environmentally friendly and commercially viable solutions to address the challenges posed by the treatment of large volume of waste. In working closely with our partners, Tadweer is proud to steer Abu Dhabi’s sustainability agenda through the enforcement of an integrated, global-class waste management system that makes sure a cleaner and more sustainable environment for present and future generations.”

As the government entity responsible for managing the emirate’s waste in a sustainable manner, Tadweer’s integrated waste management strategy prioritises collaboration with like-minded entities to set up state-of-the-art waste to energy facilities within the Emirate of Abu Dhabi to process municipal solid waste and commercial and industrial waste, in accordance to the highest specifications and sustainability standards adopted worldwide.

The proposed WtE plants would be developed through the Independent Power Producers (IPP) model, applied in respect of Abu Dhabi power projects since 1998. In line with such model, a long-term Power Purchase Agreement (PPA) would be entered into, with EWEC as the off-taker of the electricity and Tadweer as the provider of feedstock waste under a long-term waste supply agreement. Private sector participants would be invited to submit proposals to design, build, finance, operate and maintain the facilities, which will use advanced moving grate technology to convert municipal solid waste into electricity via a high-efficiency steam turbine generator set. Ash from the process will be processed and recycled into reusable material.

The two new WtE projects will grow AD Power’s portfolio of investments in power generation assets, which form part of the assets subject to the currently declared offer to Abu Dhabi National Energy Company (TAQA), whereby AD Power would transfer the majority of its water and electricity generation, transmission and distribution assets to TAQA. If accepted and approved by TAQA and regulatory authorities, the proposed transaction would make a combined entity that is expected to be one of the largest utilities companies in the GCC, a top-10 integrated utilities player in the EMEA region by regulated assets, and the third-largest company listed on the UAE stock markets by market cap. 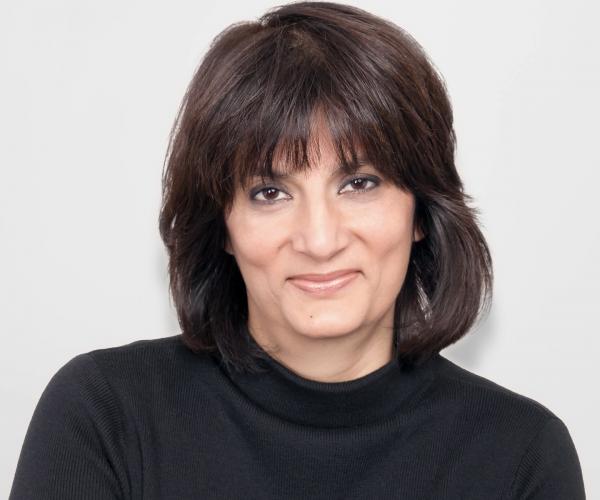 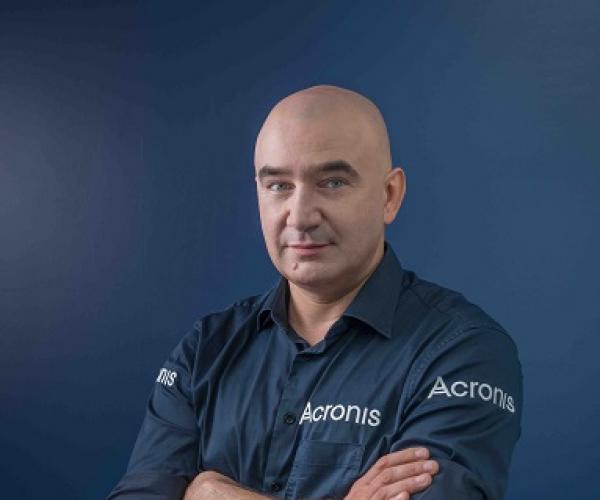 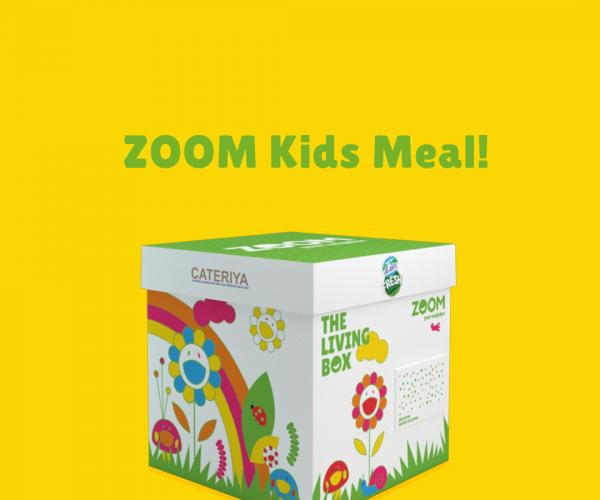 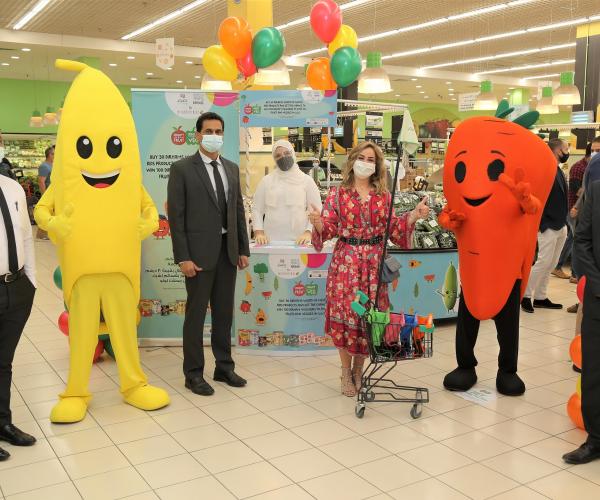 LuLu & Nestlé Inspire Children in the UAE to Adopt a Fruit, Adopt a Vegetable 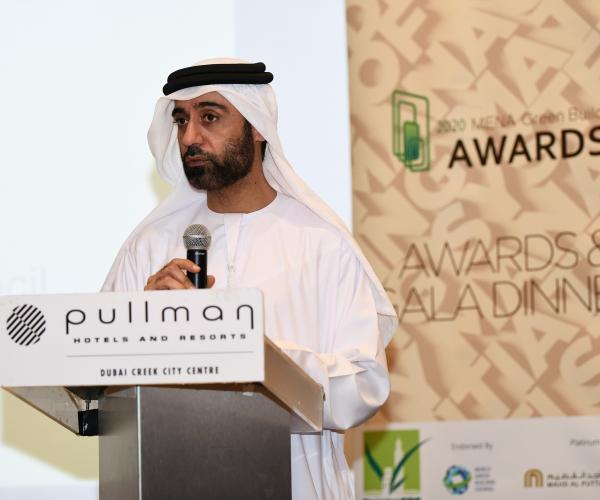 With the reinforcement of UAE- Israel bilateral ties, the acquisition of Israel-based CyberLynx by cyber…

On the time of the World Children’s Day, ZOOM, UAE’s home-grown convenience store, has announced a…

Azizi Developments, a principal private developer in the UAE, has awarded an AED 11.5 million contract to…

LuLu & Nestlé Inspire Children in the UAE to Adopt a Fruit

Consecutively since 2017 as part of the Nestlé for Healthier Kids initiative, “Adopt a Fruit, Adopt a…

EmiratesGBC, an independent forum aimed at conserving the environment by strengthening and promoting…

Following the constant success of the ‘Experts Talk Show,’ which has fascinated thousands of viewers and…