His Excellency the Honorable Sharif Moulay Sidi Ahmad Bin Zuhir Bin Mohammad Bin Jaber Al Natour Chairman of the Board of the Directors and the President of the Executive Board of Group of Development, Technologies and Construction Companies (GDTC) to be

The starting point of His Excellency the Honorable Sharif Moulay Sidi Ahmad Bin Zuhir Bin Mohammad Bin Jaber Al Natour has made his way towards achieving his ambition and goal since the eighties of the last century with full of challenges and transformations.

He was able to overcome these challenges and turn them into opportunities. Thanks to his belief in God the Almighty and absolute determination of success and adhering to his ambition towards his goal. 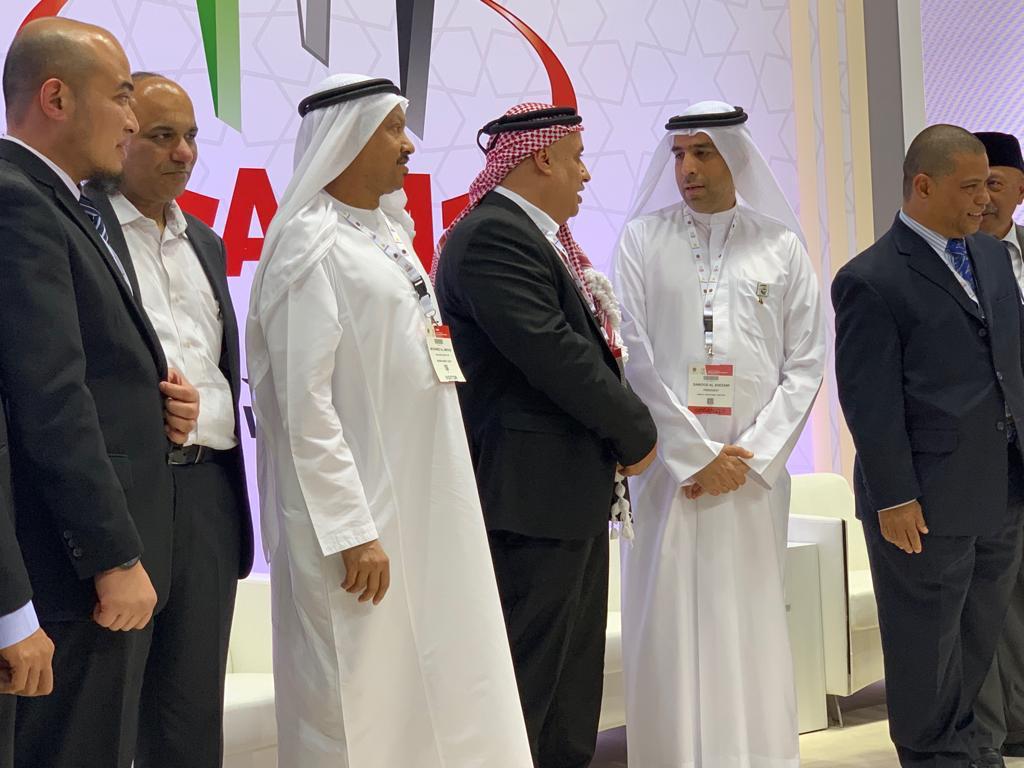 His Excellency managed during his launch of his career to rise the ladder of success in balance and steadfastness. Thanks to the accomplishments that he achieved during his working years.

His Excellency career was associated with the participation and attending environmental conferences. In the beginning he participated in the Earth Summit on the environment in Rio de Janeiro in Brazil (3-14 June 1992) organized by the United Nations. Since then his attitude turned towards investing in the Green Economy where he continued to grow and mature while at the same time participate in the attendance of climate change conferences "COP" which was in line with the founding principles of the Group of 20 major industrialized nations (G 20) where it held its first forum in the end of the nineties. His Excellency the Honorable Sharif Moulay Sidi Ahmad Bin Zuhir Bin Mohammad Bin Jaber Al Natour continued in achieving his accomplishments in the following:

1) Foundation infrastructure works and service transformation.  2) General trade in wheat, sugar, import and export.  3) Investments and trading in stocks and bonds in the financial markets.  4) Investing in fuel (oil, gas and pipelines), precious metals, diamond and gold trading.  5) Investing in the production of drinking and irrigation water.  6) Investing in agricultural business of all kinds of plant wealth (vegetables and fruits), animal and fish wealth.  7) Investing in many renewable green industrial products.  8) Investing in renewable energies of all kinds. 9) Investing in green fuel extraction. 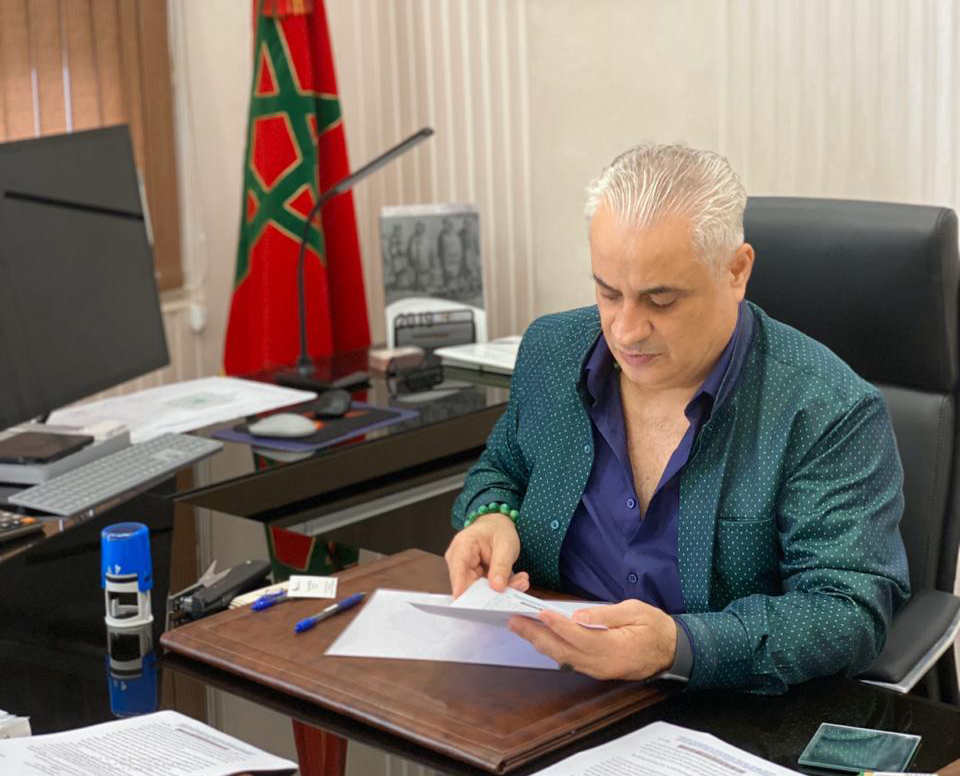 At the beginning of the second half of the first decade of the twenty-first century His Excellency started his dream on establishing his company namely Group of Development, Technologies and Construction Companies (GDTC). Since then and during fourteen years the Chairman of the Board of the Directors and the President of the Executive Board and the Directors of the regional offices, in cooperation with the members of the Board of Directors, members of the Executive Councils and strategic and executive partners, have developed a strategy for organizational growth and expansion of "GDTC" and have put up a plan of opening five continental offices on six continents as follows:

The members put up a plan in opening 177 offices under the umbrella of the five main continental offices. They also decided, according to the deployment strategy, to establish six major regional offices for Development, Management, Implementation, Development of Technology and Investment financing. These offices are:

A) Three major regional offices for the Development, Management and Implementation of projects distributed in the political capitals of each of the Kingdom of Morocco - the city of Rabat; the United Kingdom - the city of London; and the Republic of Singapore - the city of Singapore.

B) Three major regional offices for Development of Technology and Investment financing in economic capitals. These shall be in New York in the United States of America, Hong Kong in the People's Republic of China and Frankfurt in the Federal Republic of Germany. 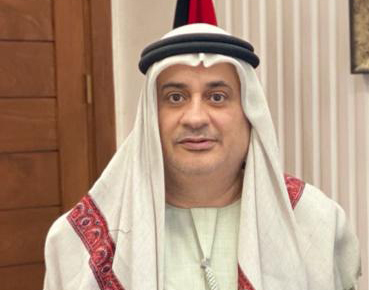 Since the second half of the second decade of the twentieth century, and during the continuation of the strategic direction, development and investment planning managed by the Chairman of the Board of the Directors and the President of the Executive Board with the fellow members of the Board of Directors and the Executive Council, in cooperation with strategic and executive partners, designed and developed a package of projects with a future dimension called Future Projects “Vision 2050” of the infinite world (Infinity) and made “GDTC" as the Main and Exclusive Developer of these projects.

These are creative projects with unlimited capacity based on the principles of Renaissance, Developmental, Smart, Ecological, Integrated, Industrial, Technological and Industrial. The Future Projects “Vision 2050” of the infinite world (Infinity) are consisting of nineteen specific strategic projects that are designed and developed according to the three dimensions of Green Economy, Sustainable Development and Social Justice within the United Nations Framework Convention on Climate Change and within the strategic direction of the "Group of 20 leading industrial countries" (G20). The aim of these projects is minimizing and reduction of carbon dioxide emissions and creation of millions of direct and indirect green jobs.

The Future Projects “Vision 2050” of the infinite world (Infinity) is designed and based on the production of five main products that include several byproducts, namely:  1) Production of nine types of clean, Green, Renewable Energies products.  2) Production of three types of drinking and irrigation water products..  3) Establishment of four types of biological farms.  4) Production of thirty-four Green Industrial products. 5) Production of eight green fuel (biofuels) products from green refineries.

During the implementation of the strategic direction of "GDTC" with its strategic and executive partners on organizational expansion within the experience of "GDTC", twelve offices have been opened. "GDTC" continues its intention to spread and expand its investments until achieving its strategy vision of opening 177 offices in the six continents of the world.

Humanitarianly and in parallel with the aspirations and philosophy of the Chairman of the Board of the Directors and the President of the Executive Board GDTC carries within its dignity a creative renaissance approach and investment vision with a sublime message through which it sought to achieve a rebalancing between the components of the environment which is reflected in the comprehensive development leading towards social justice in light of a Comprehensive, Sustainable Green Development for a secure and solid humanitarian community. 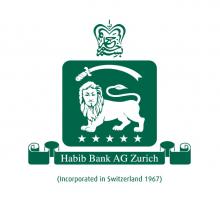 Habib Bank AG Zurich is Not Affiliated with Habib Bank