STARZPLAY, the main subscription video on demand (SVOD) service, is enlarging its ever-growing library of Arabic content with the release of the epic historical drama Kingdoms of Fire, available exclusively on the platform from 30 January, 2020.

Directed by Peter Weber, renowned for acclaimed films like Girl with a Pearl Earring and Emperor, Kingdoms of Fire has a pan-Arab cast of stars that includes Khaled Al Nabawi, Mahmoud Nasr, Rachid Assaf, Kinda Hanna, Suhair Bin Amara and Mona Wassif. The $40 million production from Genomedia Studios was created and produced in the United Arab Emirates, and filmed in custom-made studios in Tunisia. It is co-written by Ahmad Nada and Mohammed Soleiman.

Subscribers can experience watching all 14 episodes of the acclaimed, star-studded show anytime, anywhere only on STARZPLAY. This recent acquisition mirrors the platform’s commitment to expand its Arabic providing to meet the expectations of all its subscribers in the MENA region.

Kingdoms of Fire is set in the period when the Ottoman Empire determined to conquer the Arab territories in 1516. The show follows two heroes all through their journeys, the first being the Ottoman prince Selim, the governor of a remote area in eastern Anatolia, who made his way to the throne of the Ottoman Sultanate with blood. The other is Tuman Bey, a child who was taken as a slave from Circassia (now southern Russia) to Egypt, growing up to lead a famous resistance against the Ottomans.

The first Arabic productions to be available in 4K HDR, Kingdoms of Firechronicles the dynamic war of two worlds as the Ottomans strive to Occupy Cairo. Sultan Selim is faced with the opposition of the people of Cairo led by the knight turned Mamluk leader Tuman.

Available in 20 countries across the Middle East, North Africa and Pakistan, with more than 10,000 hours of content including premium movies, exclusive and Arabic series, STARZPLAY has also secured its position as the number one player in the MENA region. 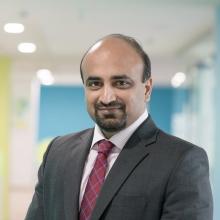 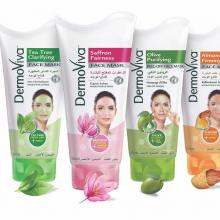 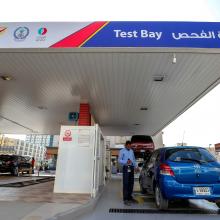 Tasjeel Expands its Services in Sharjah with new