Dr. Nadia Bouhanad: We seek to help the participants improve their physical performance and reactions in the pending stages of the competition.

ABU DHABI - Dr. Nadia Bouhanad works on the analysis of the personalities of participating poets in the ‘The Million’s Poet’ TV programme.

She sits watching each of the performing poets, analyses them psychological and examine their body language. Dr Bouhanad had begun doing this since the 5th season (2012).

Poets are wary about this in the beginning. But they are getting used to it.

"In the 5th season of the ‘Million’s Poet’, the section dedicated for the psychological analysis and body language was not appreciated by the majority of participating poets, the followers of the programme and especially poets in the Gulf region,” she noted.

Bouhanad said that articles, reports, and comments had been written to condemn and mock the move.

However, as the season entered its second month, the audience, the public and even the participating and non-participating poets began to understand and value the objective behind it.

“I am well aware of the reasons behind the rejection and the condemnation of the psychoanalysis by poets. A participant in one of the previous seasons mentioned that criticism might offend the distinguished position of a poet. But, it appeared from his comment that he confounded Quranic verses just as he got confused by the idea of psychoanalysis, which is not designed to criticise as some might claim,” Bouhanad said.

“I also understand that each person - as a result of his intellectual and psychological experience and regardless of his culture, scientific knowledge, and social background – prefers and loves to hear flattery and compliments rather than observations and evaluations, especially men. Any evaluation or observation can disturb a person, especially if he has a personality that is to some extent shaky. And, I understand the participant’s fear of receiving observations about his personality and body language from a woman psychoanalyst and in front of the public,” she added.

Bouhanad stressed that that the “analysis of personality and body language involves a lot of personality uncovering and revelation. Yet, this did not and will not happen in an unconstructive way. The approach is rather constructive and aims at helping the participants improve their physical performance and reactions in the pending stages of the competition.”

Unconstructive criticism or observations might offend the participant, his family, or tribe would never be made.

“I give only positive observations and constructive interpretation as there is nothing like a perfect individual, even if he is a poet. If the participant expects to receive praise, from the beginning until the end of the programme, he should know that this has never happened and will never be. The poet is neither a perfect individual nor a prophet,” she said.

“The interpretation of the body language by non-specialists is often flawed and inadequate. For this reason, we conducted personality tests in the 5th season. And, in the current season, participants will be subjected to psychological tests as well,” she added.

Bouhanad explained her work, saying “what I do is an examination and interpretation of the body language based on the results of the personality tests and the body movements which are performed in accordance with the situation and context.” 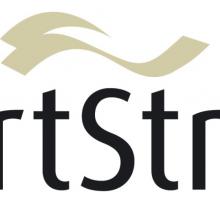