Aldar Properties, the Abu Dhabi-based real estate developer, reported on Monday Dh2.56 billion in net earnings for 2015, marking a 13 per cent boost over the Dh2.27 billion reported in 2014.

Earnings for the complete year reached Dh4.58 billion, falling 30 per cent from the Dh6.55 billion recorded in 2014.

Aldar recommended a cash dividend of 10 fils per share-- an 11 per cent increase over 2014. 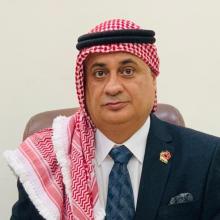