Several children have a curve in their spine, which leads to adolescent idiopathic scoliosis - a condition where there is an odd curvature of the spine, which can cause unpleasant deformity of the chest, back and in some cases, patient might even have truncal shift. In severe form, this deformity can additionally lead to severe back pain and can affect the normal functioning of heart and lungs.The study also shows that this abnormal “S” Shaped double curvature of the spine is typically seen in young girls aged 8-12-year-olds.It impacts two to three per cent of children between the ages of 10 and 18, a time when the human body is developing at its most rapid pace. Roughly 3-percent of the population have idiopathic scoliosis, which is the most common of the varieties of this progressive skeletal abnormality.

Patients with mild form of deformity are generally recommended braces to correct the deformity and observed till maturity. When the deformity is severe, traditionally, since previous 60 years surgical correction with implants and fusion of the instrumented segments is done. With this type of scoliosis correction, the mobility of the spine at the implanted level is totally lost and will be stiff.

Ms.Xavia, a 13-year-old child from Brisbane, Australia was performing dance on a stage when her mother recognized the changes in her postures. The parents were concerned and started looking for a surgeon to correct their 13-year-old daughter’s spinal deformity.She was unable to carry on her daily activities, and medical intervention revealed that she was affected by Adolescent Idiopathic Scoliosis (AIS).After contacting numerous surgeons they reached Apollo Hospitals in Chennai.

Speaking about the revolutionary procedure, Dr. Sajan K Hegde, said, “Traditionally fusion surgical treatment is performed to tackle his issue, where metallic implants are attached to the spine, and then linked to two rods. These Implants hold the spine in a corrected function till the instrumented segments fuse as a single bone.Today, a revolutionary concept is available in treating these children. With this technique the spine deformity is corrected however not fused. This allows the children to return back to full normal activities including sports gymnastics and dancing. This was not viable with the usual methods of treatment.”

It is observed that the Global Scoliosis Treatment Market is anticipated to register a CAGR of ~ 3.9% during the forecast period of 2019 to 2025 given the developing number of patients struggling from this condition. 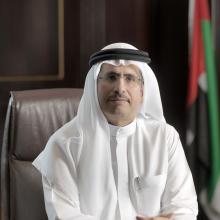