The 2014 International Festival of Falconry Garners Participation from 80 Countries

Under the patronage of His Highness Sheikh Khalifa bin Zayed Al Nahyan, President of the United Arab Emirates (may God protect him), the Cultural Programs and Heritage Festivals Committee – Abu Dhabi organises the activities of the 2014 International Festival of Falconry from the 7th to the 13th of December, 2014 in the Emirate of Abu Dhabi. The new edition will be characterised by the participation of 80 countries represented by more than 500 falconers, experts, researchers, officials and representatives from the UNESCO and other international organisations concerned with the preservation of the heritage of falconry, and the protection of the environment.

The activities of the Festival, in its 3rd edition, kick off at the Falconers’ Camp (from the 7th to the 10th of December, 2014) in Hamim of Al Gharbia (The Western Region) in the Emirate of Abu Dhabi. The falconers spend three days with their birds of prey at an ideal site, where they can practice the different traditions of falconry. The Camp bestows a unique opportunity for dialogue, interaction, and open exchange of expertise among falconers and those interested in falconry. It is also the ideal site to explore the diverse traditions of falconry from different parts of the world and gain a practical know-how about the experience of desert life. For the first time, the meetings of the International Falconry Conference will be organised, this year, on the sidelines of the Falconers Camp. The participating falconers will present research papers and take part in discussions and workshops on the heritage of falconry, safeguard plans, and falconry skills and techniques.

From the 11th to the 13th of December, the Festival activities will be organised at Al Forsan International Sports Resort in Khalifa City in Abu Dhabi. The programme features a carry-over of the meetings of the International Falconry Conference, and a variety of activities intended for the Festival’s public, including visitors, tourists, all social categories and family members. The official inauguration of the Festival activities will be held at the main platform at the official site. Falconers from all participating countries will march in company of their birds of prey, raising the flags of their countries and wearing traditional clothes that represent the different cultures of the world.

HE Mohammed Khalaf Al Mazrouei, Adviser for Culture and Heritage in the Court of the Crown Prince of Abu Dhabi, and Chairman of the Cultural Programs and Heritage Festivals Committee – Abu Dhabi, said that “the Festival enhances Abu Dhabi's stature as a top cultural destination on both regional and international levels. The Festival also provides an outstanding environment for the exchange and dialogue between civilisations and cultures, and offers a rare platform for the gathering of peoples, organisations and individuals who hold a special interest in falconry. The main objective consists in the promotion, protection and development of this heritage which is considered as one the most significant pillars of the national identity, and which has been inscribed on the UNESCO's Representative List of the Intangible Cultural Heritage of Humanity.”

“The organisation of the 2014 International Festival of Falconry comes in line with the strategy of the Cultural Programs and Heritage Festivals Committee, which works towards the preservation of the cultural heritage, and the sustainment of the cultural memory. The Committee also acts to disseminate the civilisational and humane message of the UAE to the different cultures and peoples of the world. All these efforts help in the promotion of the UAE as a nation that has succeeded in reconciling between the present with all its developments and characteristics and the past with its authenticity, genuineness and culture,” Mazrouei added.

The International Festival of Falconry enjoys a significant international consideration and reputation, and draws hundreds of falconers, experts, and specialists from around the world. It features several activities, and mega educational, art, and cultural competitions that will leave a strong impression on the lovers of falconry and desert environment. The Festival is also an occasion to display the various efforts of the UAE in the fields of sustainable hunting and the protection of falconry as part of the international heritage.

The programme of the Festival includes the establishment of desert camps, the organisation of a scientific conference and a rich set of activities as well as cultural and art competitions that appeal to all interests and age groups. The programme also features specialised scientific, art, and cultural exhibitions and stunning folklore performances that reproduce the aspects of falconry tradition in the various societies in the Middle East, Africa, Europe, Japan, China, Eastern Asia, and the United Sates.

The Festival is considered by international experts as the biggest gathering of falconers in history and as a unique international competition. In its 2nd edition in the city of Al Ain in 2011, the Festival managed to draw falconers from across the UAE, provide an opportunity for the exchange of expertise, strengthen the bonds between falconers, and bring to light different experiences from around the world.

The History of the International Festival of Falconry

- In 1976, the 1st edition of the Festival was honoured by the patronage and attendance of the late Sheikh Zayed Bin Sultan Al Nahyan (may God bless his soul), in line with the keenness of His Highness to preserve the entrenched heritage of the nation, and transmit the authentic customs and traditions to future generations. At a very early stage, His Highness foresaw the urgent need to strike a balance between the preservation of the entrenched heritage of falconry and the safeguard of the population of falcons and their prey in the wild. His unique vision outlined a pressing action that was later branded by contemporary environmentalists as the principle of sustainable hunting. Sheikh Zayed was not only ahead of all the advocates of environment protection but also a perfect example of the Arab falconer, with his honest intuition, and extensive knowledge of nature.

- In the previous edition that was held in the city of Al Ain in 2011, the Festival enjoyed the generous support of His Highness Sheikh Khalifa bin Zayed Al Nahyan, President of the UAE (may God protect him). About 75 delegations from different countries took part in the Festival, which featured several outstanding and ground-breaking activities. A number of national camps for the participating countries were set up in the vicinity of Al Jaheli Fort, notably the Asian Steppes Village (which constituted a unique opportunity to meet Kazakhs and Mongolians who hunt with golden eagles), the Conic Village of North America (which put on view the culture the American Indians), and the North Africa Village (which revealed to the visitors the interest of North African countries in falconry).

- Held on the sidelines of the Second International Festival of Falconry, the International Falconry Conference managed to attract the most prominent scientists and researchers in this field. The Conference enjoyed the participation of several Emirati universities. Students from the Abu Dhabi University, the United Arab Emirates University, and the Zayed University presented important contributions with respect to different themes that are related to the Arab heritage of falconry. The conference examined in its first track: “Falcons’ Wellbeing: First Aid and Rehabilitation,” “Falconry Heritage,” and “Falconry Laws and Regulations: Trade, Possession, and Benefits of Falconry Safeguard.” The second track of the Conference discussed: “Projects for the Protection of Falcons”, “Training of Falconers,” “UNESCO Future Plans,” and “Falconry in the Arab Heritage.” The third and last track considered: “Protection of Preys and Sustainable Hunting”, “A Glimpse at the Sport of Falconry,” and “Communication between Falconers.”

- Bayzarah (falconry) is a word of Arabic origin, derived from ‘Baz’ (goshwak), which is one of the most famous types of hawks. The word means the science of birds of prey (raptors), which is the knowledge of the physical condition of birds, the signs of their strength and skills in hunting, care and training.

- Owing to the joint efforts of 11 Arab and foreign countries, the UNESCO announced in November 2010 the inscription of falconry on the Representative List of the Intangible Cultural Heritage of Humanity. These efforts were spearheaded by the UAE. 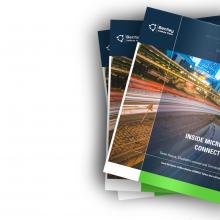 Availability of “Inside MicroStation CONNECT Edition” 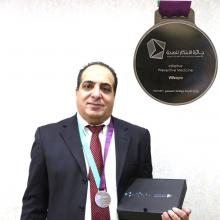 An Upgraded Version of New Mobile App with Covid-19 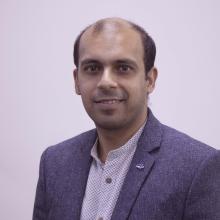 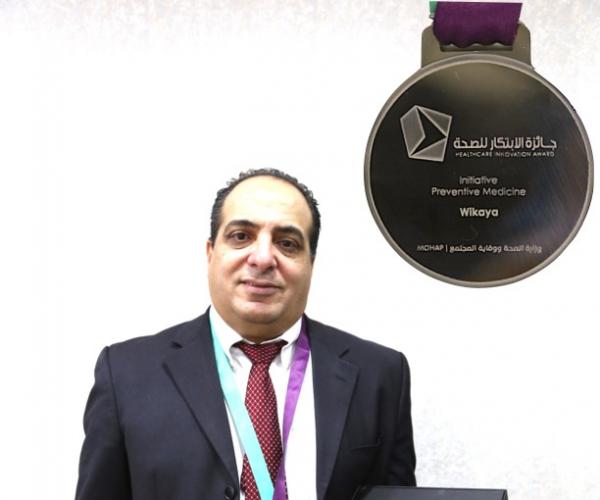 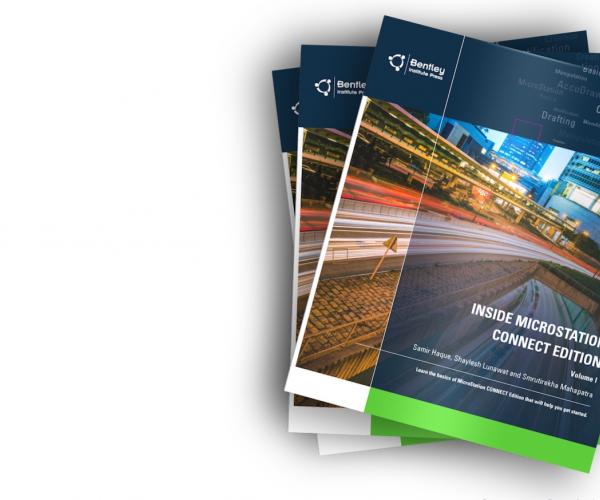 Availability of “Inside MicroStation CONNECT Edition” Book Series has been unveiled 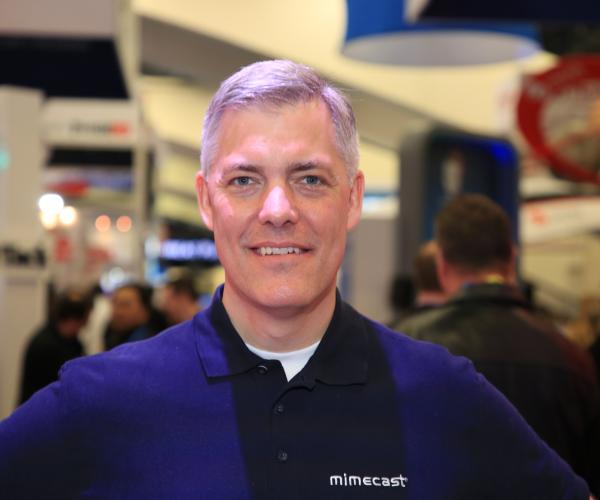 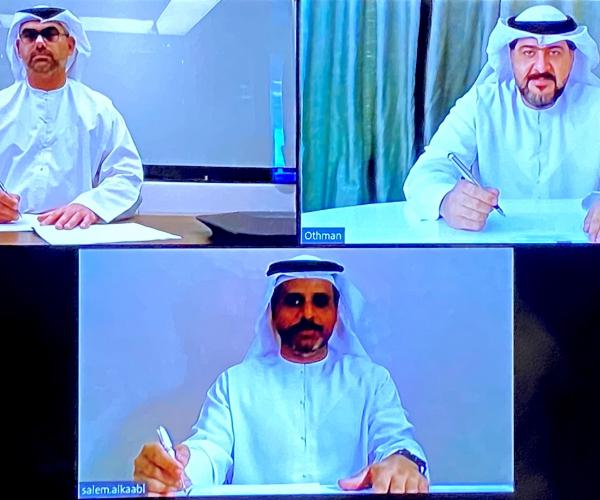 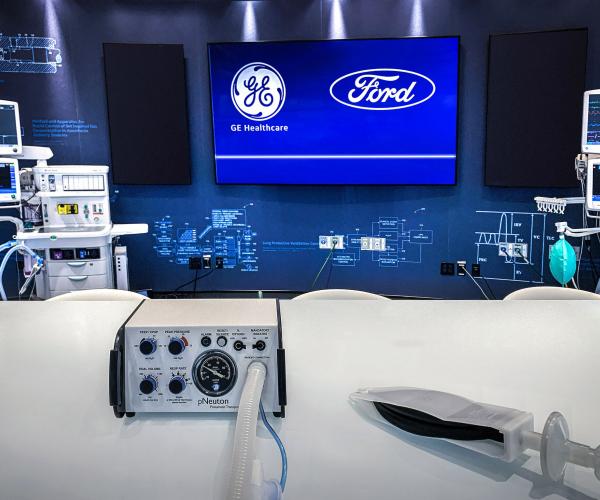 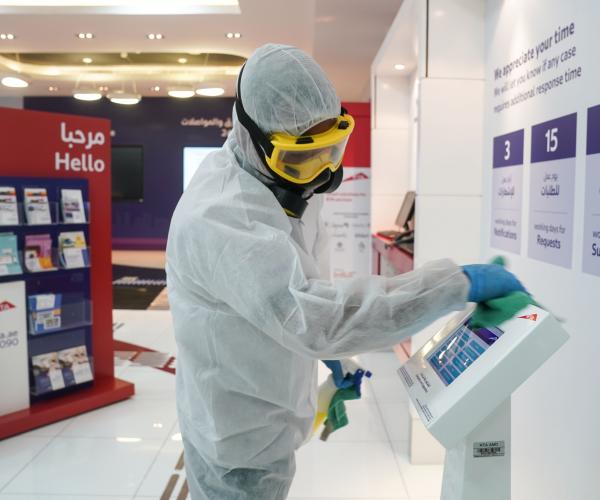 Ford Motor Company, in collaboration with GE Healthcare, declared on March 31, it will start…

The Quantities Of “Ramadhan Meer” For

In line with the UAE government’s efforts to keep social distancing following the Covid-19 pandemic, ENOC…