Romance, weddings and laughter: Love is the air this Valentine’s Day with STARZPLAY
Leading SVOD service in MENA region presents some of the finest choices for perfect romantic viewing on Valentine’s Day

Cozy up to your better half and enjoy a romantic cinematic experience from the comfort of your own home with STARZPLAY, the leading SVOD service in the region, which offers a host of titles suits for an intimate celebration of love this Valentine’s Day.

Will Smith shines in Hitch, a film slowly cementing its place among rom-com classics. It follows the story of New York City's greatest dating doctor, who claims that with his services he can match anyone with their soulmate in just three dates, while a jaded tabloid journalist sets out to expose him as a scam artist. And in a more slapstick approach to romance, Jennifer Aniston plays the titular role in Along Came Polly, the story of a risk-averse man (Ben Stiller) and his opportunity encounter with an adventure-craving childhood friend, Polly, that shoots him into a whirlwind of extreme sports, salsa dancing and living in the moment.

In the hit romantic comedy When in Rome, Kristen Bell plays Beth who feels as if love is like a luxury she just can’t afford and turns bitter over the years. One day, while vacationing in Rome, she cynically plucks a handful of coins from a local fountain of love. She then finds herself fending off the advances of different characters, while a smitten reporter does his best to convince Beth that true love isn't just a topic of fairy tales. And in the world of travel, Love on the Slopes follows Alex, who is writing a story about extreme sports where she must try them for herself. After travelling she meets Cole an extreme sports enthusiast who decides to help her.

Patrick Dempsey and Michelle Monaghan go into a battle of the (romantic) wits in Made of Honor, the story of a guy in love with an engaged woman tries to win her over after she asks him to be her maid of honor. The wedding theme is also present in Betting on the Bride, the story of a womanizer who bets that he can get someone to accept his marriage proposal after dating him for just 30 days.

In Forgetting Sarah Marshal, a devastated Jason Segel takes a Hawaiian vacation in order to deal with the recent break-up with his TV star girlfriend, Sarah. Little does he know, Sarah's traveling to the same resort as her ex along with her new boyfriend.And in the romantic dramady A Lot Like Love, Ashton Kutcher and Amanda Peet meet on a flight and make a connection, only to decide that they are poorly suited to be together. Over the next seven years they are reunited time and time again, eventually navigating the territory from acquaintances to close friends, in their quest to find love.

Add a Lebanese twist on your Valentine’s Day with Habbet Caramel, a romantic comedy about a woman’s desperate attempts to deal with her ability to hear men's thoughts continue; or opt for Zafafian, the hilarious story of a young bachelor man trying to find a girl to marry so he can get the family's inheritance.

Subscribers can also binge watch the new series Four Weddings and a Funeral, based on the classic British romantic comedy of the same name, which tells the story of four American friends who reunite for a wedding in London only to have their lives plunged into disarray following a shocking surprise at the altar. The whole first season will be available on STARZPLAY starting 13 February, just in time for Valentine’s Day.

Available in 20 countries across the Middle East, North Africa and Pakistan, with more than 10,000 hours of content which includes premium movies, exclusive and Arabic series, STARZPLAY has also secured its position as the number one player in the MENA region. 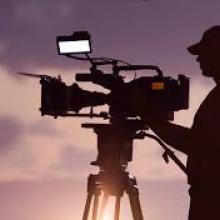 How To Get Filming Permits In Dubai 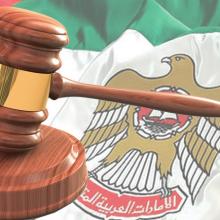