The Republic of Peru has emerged as the most stable and safe nation for investment in Latin America, revealed in the contemporary study by the US-based financial services giant JP Morgan Chase. The report comes beforehand of the Expo 2020 Dubai, where the South American nation is bullish to showcase as a timeless destination for tourism, trade and investment. The Peruvian pavilion at the Expo 2020 will be a place where the visitors will be able to take a journey towards growth, sustainability and resilience of the country.

The JP Morgan’s Emerging Market Bond Index (EMBI) report assesses the level of threat and interest rates paid for the sovereign debt securities of particular countries. This evaluation is prepared in relation to the interest rates of the US Treasury bonds, which are considered risk free. The report ranked Peru as the Latin American economy with lower financial risk among the seven countries subjected for the study: Peru, Venezuela, Argentina, Mexico, Brazil, Colombia and Chile.

For the past few years, Peruvian government has been hard working to emerge as the best investment-friendly nation in Latin America, where Peru has been one of the quickest developing economy over the last decade. This is a result of the constant economic policies measures carried out to stimulate investments in the country and create thousands and thousands of jobs positions over the few next years.

Nowadays, Peru has an enormous network of trade agreements with numerous countries, which generate possibilities to increase its exports and business sector. These show Peru as a country that has not only been worried about providing its products to the global market, but also about showing opportunities in their internal market, assisting to minimize costs to their customers and to their domestic production.

At the Expo 2020 Dubai, Peru will show off its commercial offer targets to promote their export stars products, such as outstanding foods, alpaca fiber and quinoa. Peru has products that are unique in the world in a number of ﬁelds, ranging from agricultural products and crafts to its gastronomy. Also, Peru will promote tourism, investments and innovative initiatives in distinctive areas.

Peru is now bullish on increasing exports of its ethnic agricultural and other products to the Middle East in line with the rising demand from the region.

In November 2019, the Government of Peru introduced its plans for Expo 2020 Dubai and initiated the construction of the Peruvian pavilion in the presence of H.E. Edgar Vásquez, the Minister of Foreign Trade and Tourism of Peru. Coinciding with this, the Commission for the Promotion of Peru for Export and Tourism (PROMPERÚ) also organized Expo Peru Dubai 2019 to promote Peruvian trade and tourism in the region.

Peru is the third largest country in South America and one of the 20 largest in the world - its surface area covers more than the territories of Spain and France combined. Being a consultative party to the Antarctic Treaty, it has a scientific station known as ‘Machu Picchu’ on this continent.

Located in the western part of South America, Peru’s territory borders Ecuador, Colombia, Brazil, Bolivia and Chile. Peru covers 1,285,215 km2 of land and 200 nautical miles of the Pacific Ocean, as well as 60 million hectares in Antarctica. It has an estimated population of over 31.5 million inhabitants. 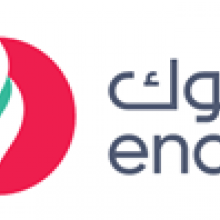