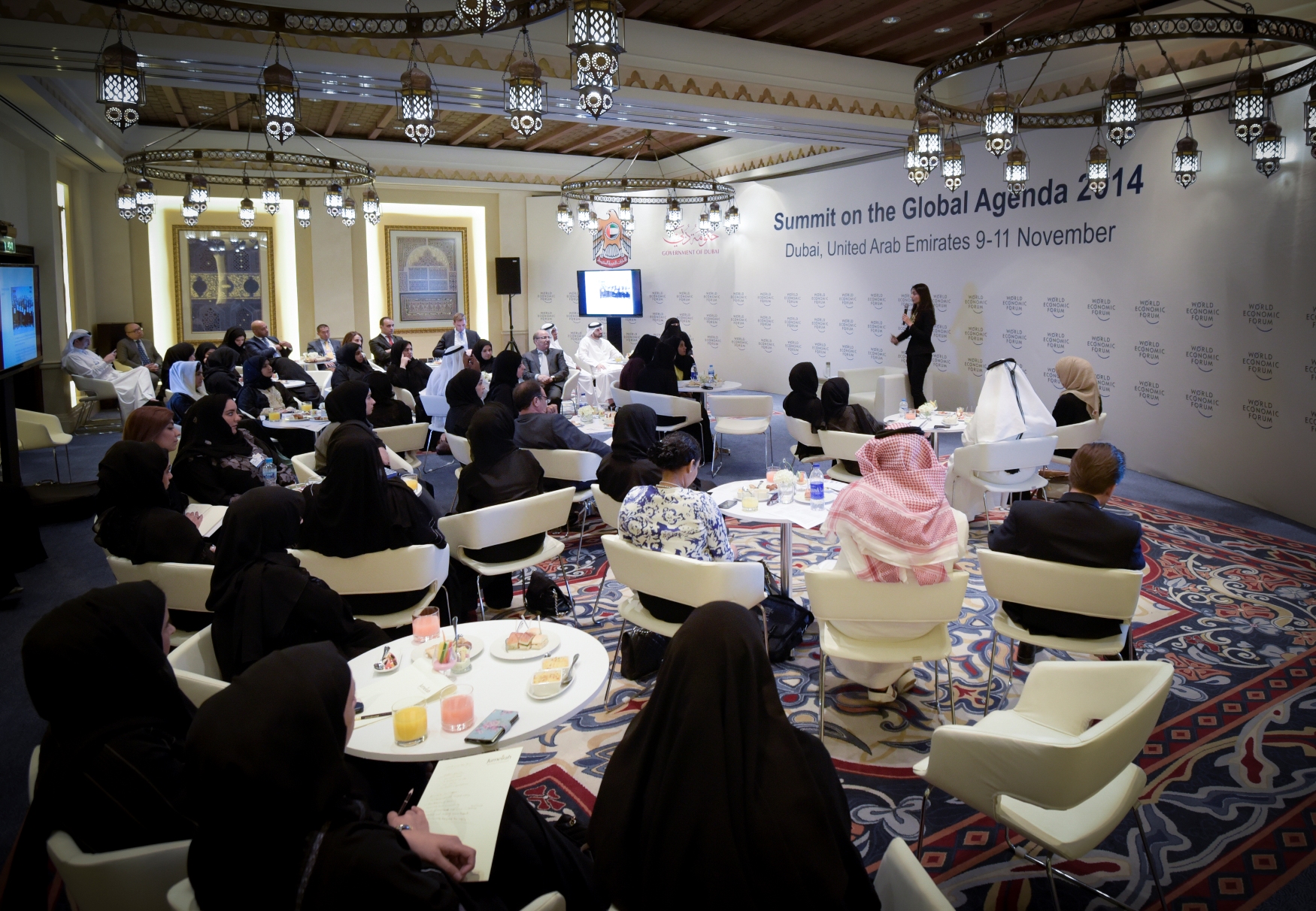 Gender equality in the UAE was today covered at the World Economic Forum’s (WEF) Summit on the Global Agenda, currently being held in Dubai, UAE. In a session led by Saadia Zahidi, Senior Director of Gender Parity, Human Capital and Constituents at WEF, The Global Gender Gap Report 2014, and the performance of the UAE, was discussed by an esteemed audience of government and private sector representatives.
The UAE was found to have near perfect equality in ‘Educational Attainment’ and ‘Health and Survival’, two key categories which contribute to a country’s index. Ranked joint first in ‘Literacy Rate’ and ‘Enrolment in Secondary Education’ amongst all nations, it was found that there was only a one per cent gap between women and men in overall ‘Educational Attainment’. Meanwhile, there was less than a four percent gap found between males and females in the ‘Health and Survival’ category confirming the equal opportunities for both genders in these two crucial areas of society.

The Global Gender Gap Report 2014, now in its ninth year, attempts to understand where global gender gaps stand and then examines methods which can be implemented to bridge this divide. It has proven that a narrow equality discrepancy between males and females in a nation can improve competitiveness in the overall economy.

Saadia Zahidi, Senior Director of Gender Parity, Human Capital and Constituents at WEF, said: “The UAE continues to perform well in the education and health sectors with near perfect equality across gender, both vitally important segments of the Global Gender Gap research. The high-level of equality in education is very promising for the UAE’s future as it will most likely mean an increased number of highly-qualified women who will enter the workforce in coming years, boosting competiveness and enhancing economic growth.

“Over the last nine years, since The Global Gender Gap Report was first conducted, we have seen a notable increase in global levels of equality, particularly in Economic Participation, which has increased from 56 per cent equality levels in 2006, to 60 per cent today. This represents a substantial increase of nine million women who are contributing to the economy, increasing growth and competitiveness across the MENA region. In fact, it is this geography which has seen some of the fastest rates of improved equality over the last decade.”
Given that in many nations, women make up at least a half of the population, the WEF advocates the involvement of women in as many sections of society and the economy as possible. More involvement means a country is more competitive.

The UAE’s high level of equality in health and education bodes well for the future, Saadia Zahidi explained: healthier women have healthier children and invest more in their education. Education is one of the best investments a country can make and is proven to augment a nation’s long-term economic prospects. Furthermore, the greater the number of women who are economically powered equals more purchasing power, boosting GDP growth.