Emirates NBD, a leading bank in the region, together with the DIFC FinTech Hive, the biggest financial technology accelerator in the Middle East, Africa and South Asia (MEASA), are the first in the region to certify FinTech startups that have effectively utilized the Emirates NBD’s API (Application Programming Interface) Sandbox to make and exhibit working innovative financial solutions.

The five FinTech startups that effectively presented their product integration with Emirates NBD’s API Sandbox, and graduated from the initiative with a certificate of collaboration, were as follows:
• Monimove, a digital trade finance/supply chain solution
• Norbloc,a shared know-your-customer (KYC) solution using distributed ledgers (Blockchain)
• Gamechanger, a keyboard banking solution which helps you bank while chatting
• Leap FinTech, a digital onboarding solution for small and medium-sized enterprises
• Bankbuddy, a chatbot for the financial industry

Launched by Emirates NBD Future Lab™ in 2018, the API Sandbox is a first in the region, denoting a significant achievement in the bank’s AED 1 billion digital transformation programme. The platform, which was opened up to developers and FinTech firms, comprises of over 200 APIs and 500 end points covering retail, corporate and SMEs. Developers additionally access to over five million simulated customer transactions based on the BIAN (Banking Industry Architecture Network) model.

Remarking on the announcement, Abdulla Qassem, Group Chief Operating Officer, Emirates NBD,said:“As a pioneer of innovation in the region’s banking sector, Emirates NBD is glad to certify five FinTech startups in collaboration with DIFC FinTech Hive. We are confident that this initiative will pave the path for many more collaborations in the future between banks and FinTechs in the region, helping tackle various challenges while conveying a smarter and progressively secure customer experience in the process.”

Evans Munyuki, Chief Digital Officer, Emirates NBD, said: “Emirates NBD is playing an active role in accelerating innovative collaboration in the UAE and the wider region. Initiatives such as the API Sandbox,offer a secureand safe environment for FinTechs and internal bank developers to innovate, collaborate, prototype, and accelerate speed to market using meaningful API calls and synthetic data samples.”
“This even paves the way for inclusion of government partnerships with banks and FinTechs. We are pleased to support leading acceleratorssuch as the DIFC FinTech Hive, while connecting with startups and technology providers to find new ways to solve old and new problems as we build banking solutions for the future.”Munyuki added.

Emirates NBD’s API Sandbox equips FinTechs and developers with the right tools to transform their ideas into working prototypes which integrate with the bank’s sandbox technology architecture, with the goal of accelerating the development and market introduction of digital banking products and services, while recognising FinTechs globally. The programme was open to all registered FinTechs in the DIFC FinTech Hive, allowing them to do their integration work, and present their integrated value propositionsto senior leaders from Emirates NBD, thus proving their technology’s ability to integrate with a real bank, and whilst also standing a chance to possibly pursue further collaboration with the bank.

Raja Al Mazrouei, Executive Vice President of DIFC FinTech Hive, commented:“It’s been great to see the progression of DIFC-based FinTechs through this process, and really highlights the role the Centre is playing in driving the future of finance. The API Sandbox initiative has reinforced our continued partnership with Emirates NBD and, following its success, we look forward to seeing further collaborations come to fruition.”

Emirates NBD’s API Sandbox follows Open Banking Standards that ensure the most extreme security and privacy for its users. The platform makes Emirates NBD more accessible to developers, creating increased value for its customers and partners, while contributing to the economic growth of the region.

Emirates NBD has long been a digital leader in the region’s banking sector, garnering numerous industry accolades affirming its commitment to digitisation. The bank was named ‘Best Online Bank globally’ by The Asian Banker, as well as ‘Best Digital Bank-UAE’ by Global Finance World’s Best Consumer Digital Banks in the ME Awards 2018. In addition, Emirates NBD won ‘The Innovator’ in the Middle East by Global Finance 2018 Innovators Awards. 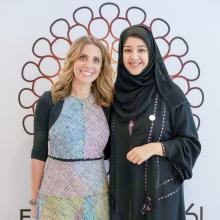 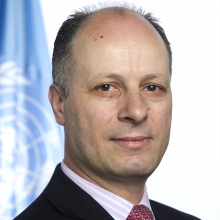 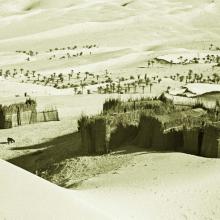 The participation of the Cultural Programmes And