Today the EQUATE Group is pleased to announce the launch, of its new MEGlobal Oyster Creeks location in Oyster Creek, Texas with EQUATE shareholders and management participating in the ceremony.

Equipment is part of MEGlobal Americas Inc. (MEGlobal.) The world's wholly-owned subsidiary EQUATE, 750 000 metric-tons (mta) of ethylene glycol (EG) is produced by the production plant. monoethylene and diethylene glycol, products used in several industry application including polyester fibers, polyethylene terephthalate bottles (PET), antifrosting and coolant packaging, paints, resins, etc. will be produced.
"This will benefit Kuwait and the US both," said EQUATE President and Chief Executive Officer Dr. Ramachandran. This will be one of EQUATE's great successes. "We will be able to achieve higher flexibility to meet the requirements of our clients with an increasing worldwide market for EG products, while leveraging US shale gas. This site builds on our worldwide presence and forms part of our plan to develop our value-added company as a major producer and distributor of ethylene glycol.

"The EQUATE Group started to invest heavily in Kuwait and is now fully involved in the investments in Texas. Our capacity to leverage Dow's implementation of the project and operating excellence expertise enabled us to deliver the project on time and on budget” Ramachandran said.

"This is a significant milestone in EQUATE's history and adds manufacturing ability in the USA, to meet client requirements in the region Gulf Coast " added EQUATE Executive Vice President Naser Al Dousari. The footprint of EQUATE glycol in the Americas is as big as in Kuwait. This investment was welcomed by the community in Texas and we look forward to being part of that region. He added.

55 fresh long-term full-time jobs and 25-35 contract employment were developed on the site. At the height, it hired nearly 2000 builders.

By November 2019, it is anticipated that commercial quantities of the finished item will start shipment. 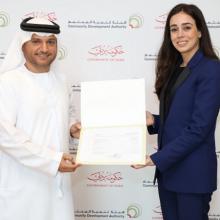 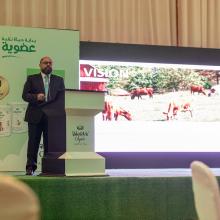 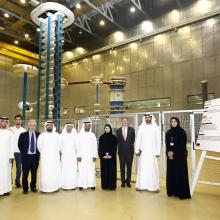