Dubai, United Arab Emirates, 18 February 2019: Plans are in motion to establish Dubai Autodrome as one of the best multipurpose racing circuits and testing facilities in the world as the venue prepares to host the stars of international cross country rallying next month.

The Autodrome’s existing world-class motorsport infrastructure and amenities made it an obvious choice last year as the official home of the Dubai International Baja powered by AW Rostamani and Nissan.

When the double World Cup event returns from 7-9 March, work will already be underway on phase two of the Dubai Autodrome Business Park which has rapidly become the hub of regional motorsport business since the first phase was completed last August. Located at the heart of the 5.39-km race circuit, the new 3,150 square-meter facility is scheduled for completion by the end of November this year, with a third phase already in the planning stages by the developer, Union Properties.

The business park has already attracted a host of motorsports and automotive related businesses, and plans also include the addition of other testing facilities targeted at manufacturers for off-road, warm weather, autonomous vehicle and EV testing.

“The continued development of the facilities at Dubai Autodrome are the very reason why we were so keen to make this our home for the Dubai International Baja,” said Mohammed Ben Sulayem, President of the Automobile and Touring Club for the UAE and FIA Vice President for Sport.

Faisal Al Sahlawi, General Manager of Dubai Autodrome, said: “We’re pleased to have this world-class rally event return to Dubai Autodrome and we look forward to welcoming drivers and riders from around the world to compete here. We will continue to work closely with the ATCUAE to develop high-profile events, like the Dubai International Baja, to meet the growing demand for motorsport in the region.”

Held under the patronage of H.H. Sheikh Hamdan bin Mohammed bin Rashid Al Maktoum, the Crown Prince of Dubai, the third edition of the Dubai International Baja powered by AW Rostamani and Nissan is the second round of this year’s FIA World Cup for Cross Country Bajas for cars and buggies and the opening round of the FIM Bajas World Cup for bikes and quads.

Supported by the Government of Dubai, Dubai Police, Dubai Municipality, the General Authority of Sports, Al Ain Water, Emarat petrol, and Dubai Autodrome, the event sends a powerful line-up of cars, buggies, bikes and quads onto a spectacular two-day route through the Al Qudra desert.

Competitors head out from Dubai Autodrome into the desert on the morning of Friday 8 March to tackle a dramatic 407km special stage which will be run again the following morning before the event finishes back at the Autodrome at 12.30pm the same day. 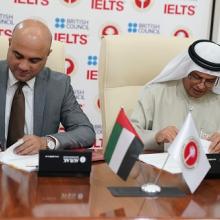 A Deal with British Council to Act as Exam Center 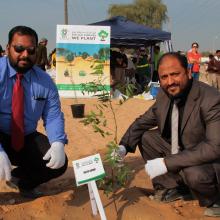 EEG successfully concludes ‘For our Emirates we Plant’