Aluminium is driving modern manufacturing in the Gulf

Aluminium is driving modern manufacturing in the Gulf

A whole new world of machinery, equipment and tools of all types, shapes and sizes will be featured at the ALUMINIUM MIDDLE EAST 2015, the biggest specialized aluminium industry exhibition of its kind in the region, which brings together manufacturers, producers, investors and service-providers under one roof.
With more than five months to go until the exhibition, as many as 66 exhibitors have booked their exhibition space including 32 machinery and accessories companies, accounting for 48.5 per cent.

The plant, machinery and accessories category includes equipment for aluminium extraction, processing and refining services, consultancy, information, and education, among others.

To be held under the theme Forging Connections…Building Possibilities, the exhibition is expected to introduce producers and manufacturers to more than 200 world-class suppliers and vendors from over 25 countries.
The exhibition, which will be held from 14 to 16 April 2015 at Dubai Exhibition and Convention Centre (DICEC), comes at a critical time when the GCC region is not only increasing its aluminuim production to five million tonnes by the end of 2014, but also moving fast from upstream industries into downstream industries to create added value for aluminium products.
From refiners to smelters and furnaces to plants, a wide range of machines and tools are needed to bend, cut, forge, wield, extrude, cast, roll and punch aluminuim.

Without those machines and tools, the extra ordinary physical and chemical properties of aluminium as a lightweight, strong, shapeable and rust-resistant metal cannot be unlocked to manufacture an amazing array of products to cater to the needs of a wide range of industries, including automobile, aviation, construction, packaging, food and beverages, transport and consumer electronics.

Daniyal Qureshi, Group Exhibition Director, Reed Exhibitions Middle East, organisers of ALUMINIUM MIDDLE EAST, said the biennial exhibition has proved itself to be a must-attend event for business networking, building professional relationships, identifying investment opportunities and getting acquainted with the latest technologies and best practices for the regional aluminium industry.
“The exhibition plays a critical role in matching needs, specifications and requirements of producers and manufacturers with the latest technologies and machineries to ensure a smooth transition for the Gulf region from upstream into downstream industries,” he said.

Cast Aluminium Industries, a secondary aluminium smelting company which will be participating in the 2015 edition, will be showcasing dross/scrap processing technologies for current and upcoming projects (Primary Smelters and other dross producing companies) in the region.
Muhammad Kashif Nazir, Plant Manager, Cast Aluminium Industries, said: “Our cradle to grave approach for the secondary smelting of drosses and scraps will help the industry attaining the zero waste going to land fill from the the recycling of drosses and scraps.”
Cast Aluminium, which has served DUBAL since 1999, is looking to benefit from the strong growth in the Gulf region for primary smelters and extruders.

“Both existing and the upcoming projects give us ample opportunities in the coming times. The zero wastage to land fill, after the processing of drosses and scraps, will not only serve the business purpose of our company but the entire aluminium industry in the region as well,” he added.
Kautec Solutions, another prominent exhibitor for the 2015 show, will be showcasing a wide range of equipment for the extrusion processes for the aluminium sector.

Roger Blanch, Kautec’s Commercial Director, said: “Participating in this exhibition opens the doors to benefit from the huge business growth opportunities in the region, especially in the construction sector.”
Harbor Intelligence, a firm specialized in global aluminium markets’ trends, analysis and forecasts, estimates Gulf investments in the aluminium sector to reach $55 billion by 2020 compared with $30 billion in 2011, as a result of smelters’ expansion and new projects in the region.
As GCC aluminium production is expected to hit the five million tonnes mark by the end of this year, downstream factories in the GCC countries are racing to acquire the state- -of-the-art machines and latest equipment.

Since aluminium production started in the region in 1971, there have been significant developments in the number and variety of downstream aluminium industries, such as extrusion, rolled products, wires and cables that cater for the needs of regional and international markets.
The list of major GCC downstream players includes Gulf Extrusions and Al- Hamad Aluminium Extrusions in the UAE, Gulf Aluminium Rolling Mill (GARMCO) and Midal Cable in Bahrain, Alupco and Al-Taisser in Saudi Arabia and Oman Aluminium Rolling Company (OARC) in Oman.
Around 70 per cent of all primary aluminium produced in the GCC is exported in various shapes and alloys, while 30 per cent is used by downstream industries, half of which (15 per cent) is re-exported to international markets, according to Gulf Aluminium Council.
Serving regional and international automotive industries, extrusion accounts for 450 KT out of the Gulf’s annual secondary production of 1.5 MT. Extrusion production is expected to increase to 520 KT this year as plants in Abu Dhabi and Qatar get operational.
Wires and cables is the second largest consumer of local aluminium in the Gulf with 400 KT annually, distributed among Bahrain, Saudi Arabia and Oman.

The current roll production of around 200 KT a year produced in Bahrain, Saudi Arabia and Oman, will increase to 750 KT with the completion of new plants in Oman and Saudi Arabia.
Given the importance of the aluminium industry for Gulf economies and the availability of the metal as a raw material, all the GCC countries with primary aluminuim production are actively pursuing the policy of establishing more downstream industries, to utilize aluminium as a raw material to produce more value-added products, create jobs and encourage more inward investments.
Aluminium industry contributes significantly to the region-wide efforts to diversify economies beyond oil and gas. With widening scope, facilities and capabilities, the sector has helped increase foreign trade, create more jobs and expand regional economies. 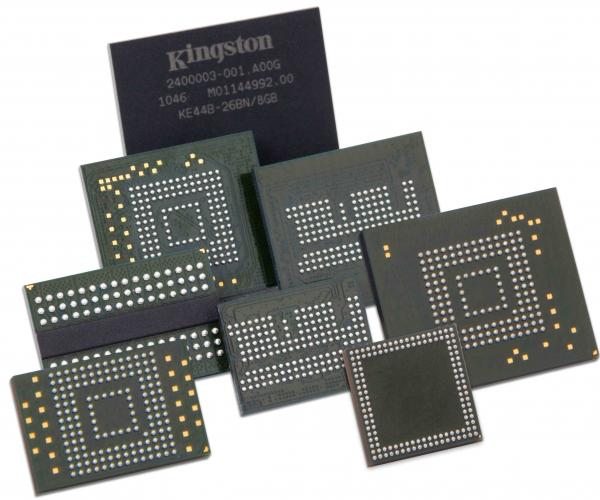 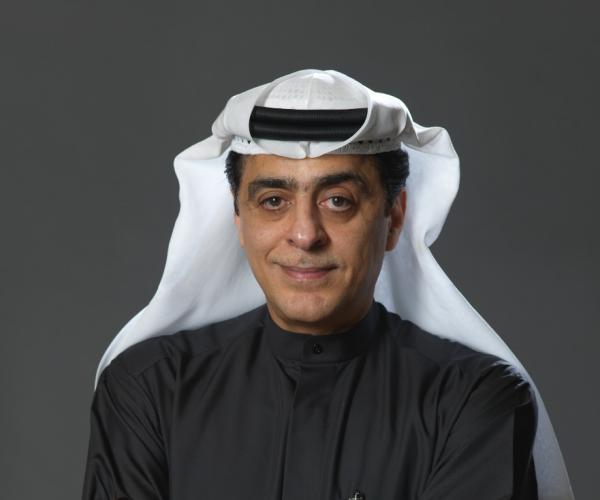 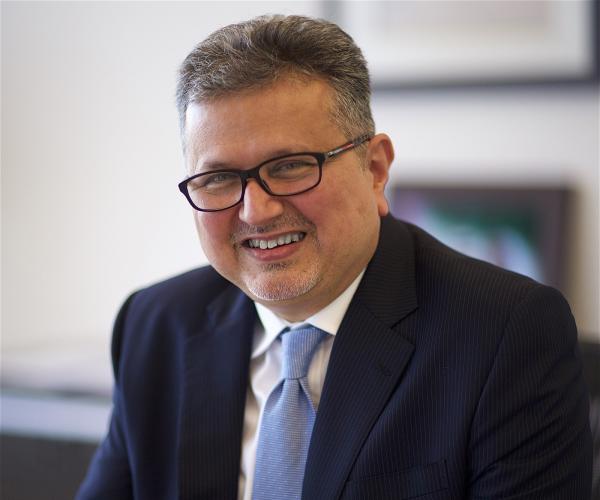 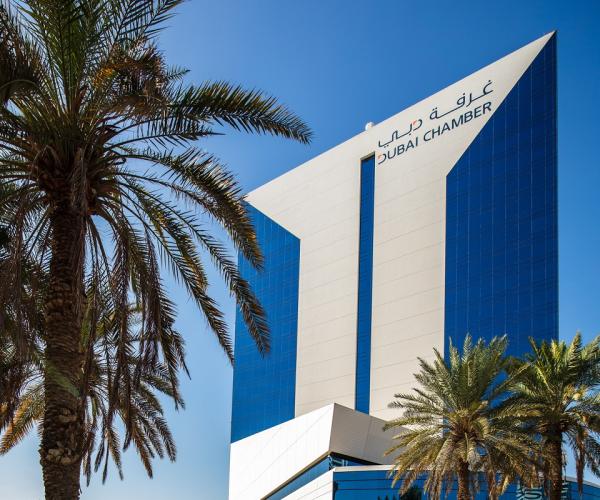 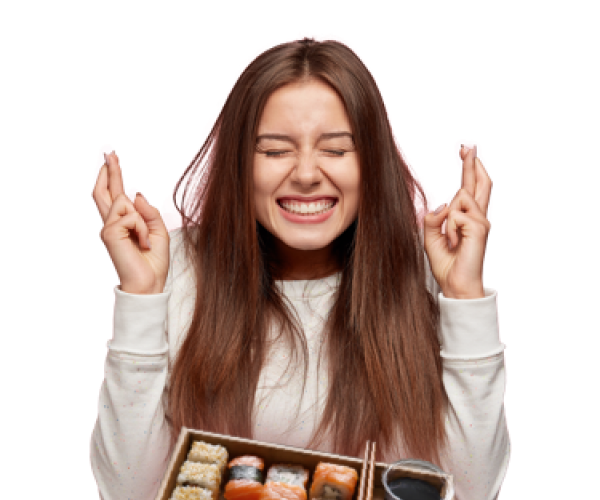 Institutional investors can offer a

Emirates Islamic, one of the leading Islamic financial institutions in the UAE, has launched a Digital…

Munch, the new mobile app launched in the UAE, will transform the food delivery industry, by partnering…

Seafood Souq, a new, free online marketplace for all Seafood

Seafood Souq, a brand-new, free online marketplace for companies in the UAE, is a one-stop-shop for all…