Sky News Arabia and Twitter declared On 25 February, 2020 that the first-ever live Arabic news show on the social platform called #OnStream. The show will launch on February 26 as a weekly show covering general interest news from science and technology, to health, culture, sports and world news. It will air through Sky News Arabia’s Twitter account @SkyNewsArabia.

Produced and directed by Sky News Arabia and hosted by news anchors Carolina Nassar (@Carolina_Nassar) and Chantal Saliba (@ChantalSak) in rotation, the five-minute weekly show will feature guest experts and cover trending topics or videos on Twitter via various segments. Relevant Tweets will be presented to get real time remarks from viewers who will be invited to be part of the conversation by Tweeting with #OnStream. Tweet topics will be decided on the shoot day itself to exhibit stories as they evolve and will be live streamed and accessible globally to logged-in and logged-out Twitter users and connected gadgets at no cost.

Abdou Gadallah, Deputy Head of News, Sky News Arabia said, “Introducing the first ever live Twitter authentic Arabic news show in the region is proof of Sky News Arabia’s digital first approach. Our new show #OnStream has been created to provide Twitter users a fresh and interactive experience and attract new audiences to engage with us. #OnStream offers a wonderful chance for our viewers and followers to learn and talk about the modern trends from throughout the globe. We are excited about our partnership with Twitter which will certainly add value to our audience.”

Kinda Ibrahim, Director of Media Partnerships, Twitter MENA said, “We’re excited to partner with Sky News Arabia around a show that’s built for Twitter in terms of content, format and hosts. With Twitter being one of the first places where people go for news, #OnStream will entice a young audience of mobile-first news customers in a lighthearted and informative manner.”

The show’s clip highlights and live episodes will be available for sponsors as part of Twitter’s In Stream Video Sponsorship solution. These sponsorships will enable tailored audiences on Twitter; Arabic speakers fascinated in general interest news, to access and view the live episodes, which will show up as Promoted Tweets, while scrolling via their timelines.

Results of research by Toluna revealed that 72% of Twitter’s audience in Saudi Arabia, UAE, Kuwait and Egypt think about the platform as one of their major sources of online video content and have formerly watched live streamed content on the platform. 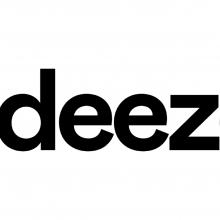 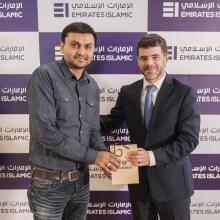 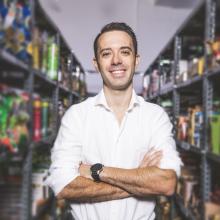