In November, legendary perfume house Krigler will be opening its first west coast location at the famous Four Seasons Hotel Los Angeles at Beverly Hills. The shop, which will be the brand’s first location on the west coast, will also include a fragrance lab where guests can create their own custom scents and perfumed candles on property. The shop will be designed by current owner and fifth generation perfumer Ben Krigler. With a diploma from Ecole d’architecture Paris Belleville, experience designing a furniture collection in Austria, and many years at the helm of Krigler’s own retail design team, Krigler’s experience directly suited him for this exciting new architecture project.

At the Los Angeles location, guests will have the opportunity to meet with Krigler in an exclusive suite at Four Seasons Hotel Los Angeles at Beverly Hills, based on availability. During these private sessions, the famed perfumer will work with each guest to create bespoke fragrances that match the client’s personality and complement specific body chemistry. The shop’s Haute Perfumery section will also feature Krigler’s master in-house perfumers, who will help clients fashion their own unique scent or candle creations or choose a historic scent that has been worn by notable figures such as Audrey Hepburn, John F. Kennedy or F. Scott Fitzgerald. The vessels will be just as luxurious as the perfume itself, with fragrances in glamorous bottles made from the finest Austrian crystal, and candles in jars designed by French artisans.

The opening of the Los Angeles shop will allow Krigler to work more closely with his Los Angeles clientele. “We’re very excited about our partnership with Four Seasons Hotel Los Angeles at Beverly Hills,” he explains. “We hope that this will be the start of a collaboration as legendary as our historic partnership with the Plaza, which began showcasing our fragrances in 1931.”
With a heritage dating back to 1879, Krigler is known as the purveyor of fragrances for several European royal families including those of Monaco, The Netherlands and Sweden. The renowned house’s headquarters are in New York’s Plaza Hotel, where Krigler made its American debut in 1931. The brand also has a European head office in Monte Carlo. Krigler Perfumes rose to fame in the early 1920s as a favourite among celebrities and royals of the era, with high profile clients including John F. Kennedy, Audrey Hepburn, and Grace Kelly. Today, the house has more 300 fragrances available in more than 100 countries. The perfumes feature enticing scents such as mimosa, jasmine, peach, rose, fir, and champagne, to capture the allure of exotic travel destinations. In addition, Krigler also offers a range of indulgent moisturizers, body lotions, scrubs, cleansing milks, massage oils, and shower gels infused with the brand’s signature scents. 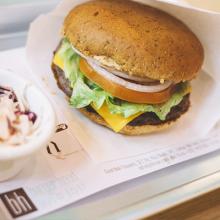 ‘Zero Fat Burger’ Celebrates One Year of Success at 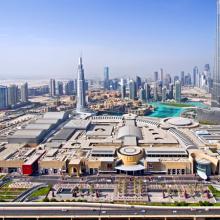 Dubai Sightseeing Attractions - A Perfect Place in the