As part of it’s continued efforts to strengthening partnerships with major international organizations, the UAE Drones for Good Award has signed a memorandum of understanding with Microsoft, marking yet another step towards the global expansion of the Award. This Gulf have announced their partnership with the United Arab Emirate’s Ministry of Cabinet Affairs for the Drones for Good (DFG) Award initiative which leverages unmanned aerial vehicles for civilian and humanitarian purposes. This partnership will also help create additional applications for these drones which will provide enhanced services to people and humanity.

The Award which is the first of its kind and the largest in size, launched by His Highness Sheikh Mohammed bin Rashid Al Maktoum, UAE Vice President and Prime Minister and Ruler of Dubai, during the UAE Government Summit in 2014.The Award stems from the idea of honoring innovations that contribute to the recruitment of IT UAVs in the development of government services and provide value-added services to improve human life, and is divided into two local prize worth AED million, and international value of US $ 1 million.

As part of the partnership, Microsoft will promote the competition to Imagine Cup participants from across universities in UAE, Oman, Bahrain, Kuwait, and Qatar effective immediately until April 2015. The Drones for Good program under academia will also provide access to Microsoft’s DreamSpark software to all competitors, where five full days of trainings will be provided to the students on app development for drone usage and applications, in addition to two full days of training on leveraging Azure for drones.

Speaking on the occasion of the signing, Mr. Saif AlAleeli , UAE Drones For Good Award Project Manager said “Drones for Good Award is devoted to creating new partnerships and further the current ones with global organizations specialized in technology and innovation, in a way that achieves the major aims of the award which highlight deploying unmanned aerial vehicles in all aspects that lead to facilitating lives or overcoming the challenges humans face anywhere around the world. This covers all fields and aspects that are closely related to our daily lives.”

He also added, “Microsoft is one of the global leaders in innovation and software as well as providing software solutions. Being among the partners of this award is no doubt an added value for both the local and international facets of the award. We also welcome all global organizations to participate in supporting the global humanitarian goal of this award that His Highness Sheikh Mohammed bin Rashid Al Maktoum has launched to serve the global community.”

Commenting on the partnership with the Ministry of Cabinet Affairs for the Drones for Good Awards, Samer Abu Ltaif, Microsoft Gulf’s Regional General Manager said: “We are very proud to be serving His Highness’s vision to make life easier for the UAE’s citizens and residents through drone technology. At Microsoft, we believe in the power of our technology to inspire innovation and we are committed to enabling people to do more through technology that is scalable and secure. We are confident that through the sustainable Microsoft networks of Imagine Cup, the reach for the Drones for Good Award will continue to thrive and youth will become more involved in contributing to the future services. We are committed to supporting the UAE’s continual quest to be the number one country in delivering services, and are confident that Microsoft technology will act as a key enabler to this vision.”

The partnership, which was announced at an exclusive signing ceremony attended by representatives of both parties, entails that Microsoft will support the Award through exploring the human and civil applications of drones, as part of its "Imagine Cup" student competition in the Gulf region, which encourages students to use technology to solve the world’s toughest problems.

As part of the agreement, Microsoft will promote Award during the Imagine Cup competition between participants from different universities in the UAE, Oman, Bahrain, Kuwait, Qatar with immediate effect and until April 2015 and will provide Microsoft participants in the aircraft program drone in academia access to the program Dream Spark program, which provides training courses for students for five consecutive days on the development of the application of unmanned aircraft and its uses delivered with with two additional days of training to allow students to take advantage of how to use the program to build applications.

The aim of UAE Cabinet and The Prime Minister’s office is to make UAE the first in the world in adopting drones for government services, humanitarian causes, health, education and safety. The UAE cabinet is now working on finalizing the first national drones policy in the world in coming months.

For more details on the UAE Drones for Good Award, please visit https://www.dronesforgood.ae . 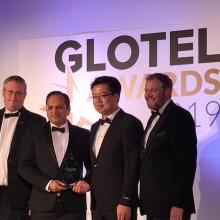 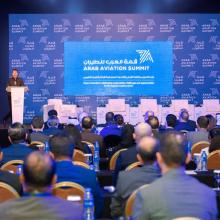 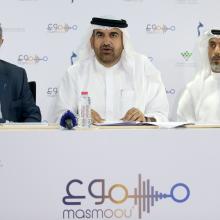