Dubai, United Arab Emirates (14th April, 2014) —ASUS today announced the dual-band RP-AC52 wireless range extender, which uses next-generation 802.11ac Wi-Fi with concurrent 2.4GHz and 5GHz operation to work provide combined data transmission speeds of up to 733Mbit/s. It is an elegant solution to the common problem of reception ‘dead zones’ caused by obstacles. RP-AC52 is a hassle-free way to extend fast and reliable wireless coverage, and is particularly useful in large buildings or multi-floor environments. With RP-AC52, bringing wireless access to areas such garages, basements, backyards or roofs is no longer a problem. With its 3.5mm audio jack, the RP-AC52 can also be used to stream music wirelessly from PCs and mobile devices to home entertainment and Hi-Fi systems,bringing music enjoyment to any room in the house. RP-AC52 is fully compatible with all current Wi-Fi standards, allowing it to be used with any existing Wi-Fi router or other device.

Boost performance with 802.11ac Wi-Fi
Thanks to the latest 802.11ac technology, the RP-AC52 wireless range extender is capable of impressive datarates of up to 300Mbit/s on the 2.4GHz band,plus an additional 433Mbit/s via 5GHz. Since the two frequencies operate concurrently, the total available bandwidth is 733Mbit/s. Users can assign devices to either band, allowing them to choose the frequency most suited to the application — for example, devices used for web browsing and social networking can use the standard 2.4GHz band, and those used to HD video streaming or online gaming can take advantage of the faster and less interference-prone 5GHz band. Multiple-input/multiple-output (MIMO) antennas housed inside the RP-AC52 ensure smooth and stable performance on both frequencies.

Automatic switching between range extender and access point modes
RP-AC52 has two convenient modes to make it even more flexible. As well as a range extender, it can also work as a wireless access point (AP). In AP mode it can be connected to any wired LAN — for example, a hotel’s internet connection — to create a personal Wi-Fi hotspot, allowing the internet connection to be accessed from laptops, phones or other Wi-Fi devices. AP mode is also handy for adding wireless capability to a router with no built-in Wi-Fi. For maximum convenience and ease of use, RP-AC52 can switch automatically between AP mode and range extender mode depending on whether it is connected to a wired or wireless LAN.

Effortless one-press setup and user-friendly signal indicator
To pair the RP-AC52 wireless range extender with routers and devices, customers only need to press the WPS (Wi-Fi protected setup) button on the RP-AC52 and the router, and setup is complete. WPS is compatible with routers and modem routers from ASUS and other brands. Once paired with the router, RP-AC52 works completely transparently, with wireless devices simply connecting to the Wi-Fi network as usual. RP-AC52 can also be configured manually by connecting a network cable between the LAN port and a PC or laptop.
A range extender needs to be within working range of the existing wireless router in order to extend the signal coverage, and for best results it needs to receive a good signal from the router. To help users determine the ideal location, RP-AC52 has LED signal strength indicators on the front panel, allowing users to place RP-AC52 accordingly and build a seamless home Wi-Fi network. For added convenience, the attractively-styled RP-AC52 also has a built-in night light feature that provides a gentle white illumination.

Streaming music with ASUS AiPlayer app
Customers can stream music anywhere in the home with the RP-AC52 wireless range extender thanks to the dedicated AiPlayer app. The RP-AC52 has a 3.5mm audio output jack that can be connected to powered speakers or an audio system, delivering music content wirelessly from source devices on the network such as PCs, laptops or mobile phones, including Android and iOS devices. AiPlayer also features Internet Radio, allowing users to play their favorite online radio stations wirelessly via RP-AC52. Additionally, the multi-room feature of AiPlayer allows music to be streamed simultaneously to multiple RP-AC52 devices around the home. 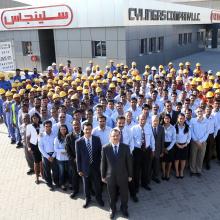