The ‘Age Of Gas’ In The Middle East Powered By GE
As we look at the decade ahead and beyond, there can be no doubt that gas will continue to play a critical role in the Middle East’s energy mix.

The underlying factors behind this projection and next-gen solutions that will proceed to drive the power sector ahead were highlighted at a GE Gas Power media roundtable held currently under the theme ‘The Evolving Energy Landscape and the Role of Gas in Securing the Middle East’s Energy Future’. The roundtable was addressed by Joseph Anis, President & CEO of GE Gas Power MENA & South Asia (MENASA); Salim Mousallam, Executive Sales Leader for GE Gas Power Gulf & Pakistan; and Mohamed Serag, Regional Engineering Manager, GE Gas Power MENASA.

On the supply side, the discovery and improvement of new gas reservoirs in Saudi Arabia, the UAE and other nations throughout the Middle East will assist to drive fuel self-sufficiency and energy independence. Advancements made in liquefied natural gas (LNG) are also anticipated to ease access to gas. Today, there are more than 800 metric tons per annum (MTPA) of regasification capacity and over 390 MTPA of liquefaction capacity globally, with more under construction.

At the demand end, power consumption in the vicinity is also probably to continue to grow. The Gas Exporting Countries Forum (GECF) expects demand for power in the Middle East to attain 2,419 terawatt hours (TWh) by 2040, nearly double the 2016 levels. “Several elements make contributions to this trend. The region is a hub for industries such as smelters and cement, which rely on large, uninterrupted supplies of power as an integral input. Many nations such as Iraq, Lebanon, Yemen and others proceed to experience frequent energy shortages and want to add significant new potential to their grids to meet the wishes of present and future generations,” mentioned Joseph Anis. “Additionally, MENA’s population is projected to continue to develop faster than the international average for the foreseeable future, from over 448 million in 2018 to more than 719 million in 2050. This growth will drive further demand for efficient, inexpensive and dependable power.”

WHY GAS? WHY NOW?

As the world shifts towards incorporating more renewable power in the energy mix and goes from mostly centralized power systems to a aggregate of central and distributed power generation, gas can play a fundamental function in dispatching flexible, resilient and lower emission power.

Gas power is an incredible complement to renewable energy as the world, MENA included, transitions to cleaner sources of power generation. The UAE Energy Strategy 2050 for example, aims an energy combination that consists of of 44 percentage clean energy, 38 percent gas, 12 percentage clean coal and 6 percentage nuclear energy. Other countries throughout the region are also adopting aggressive desires to decarbonize power production. However, supplies of renewable energy are typically intermittent in nature as sunshine, rain and wind speeds range over the course of a day as well as throughout seasons and battery storage solutions stay expensive, frequently making them economically infeasible. It costs ~$200 to shop one barrel of oil equivalent (BOE) of energy with battery storage solutions. Conversely, storing one barrel of oil or natural gas at scale is ~$1.

Gas power technologies not only provide the flexibility to ramp power manufacturing up or down hastily to meet potential gaps in power supply from variable renewable sources and stabilize the grid however gas also offers the cleanest means to generate electricity from traditional fossil fuels. For example, globally, gas is ~50% less carbon-intensive (~0.45 Mt CO2/TWh) than coal (~0.95 Mt CO2/TWh).

Moreover, gas provides compact, power-dense solutions. Today, up to one-fourth of the international population is in cities with more than 1 million people; ~10% are in megacities with over 10 million people. As city centers throughout the Middle East and other components of the world proceed to emerge as more densely populated, with open space at a premium, gas provides a land-efficient solution. Natural gas requires 50-100 instances less space per megawatt of energy than renewable energy plus storage.

For these and other reasons, the International Energy Agency (IEA) expects gas generation to proceed to develop globally at 1.7 percent compound annual growth rate from 2018 via 2040, starting at 6,118 TWh (terawatt hours) and going up to 8,899 TWh (22 percent of whole generation).

A key driver in leveraging the ‘Age of Gas’ is the development of advanced technologies. Today, GE has the world’s largest established base of over 7,500 gas turbines with more than 200 million running hours and is assisting clients across the world to unlock the actual potential of gas via industry-leading solutions. GE’s HA gas turbine technology for example has already set two world records for efficiency, one each in the 60 hertz and 50 hertz segments of the international power market.

GE’s HA technology is unlocking a new generation of efficiency. With over 100 units ordered globally, which include by the Sharjah Electricity and Water Authority (SEWA) for an upcoming 1.8 gigawatts impartial blended cycle energy project placed in Hamriyah, the HA technology contributes to decrease fuel consumption and fewer emissions. In fact, using three GE 9HA units in combined cycle operations can assist SEWA reduce carbon dioxide emissions by up to 4 million tons per year, compared to current levels. This is the equivalent of taking 1 million cars off the UAE’s roads! Capable of ramping up or down at up to 88 megawatts per minute whilst still meeting emissions requirements, the turbine can additionally support countries transition to a larger proportion of renewable power in their energy combine by supporting to balance grid instability.

Hybrid technologies are another means to address today’s power needs. For example, Southern California Edison (SCE) and GE unveiled the world’s first battery-gas turbine hybrid system in Norwalk, California. The system helps to balance variable energy supply and demand, including when the sun sets and solar energy production falls while electricity utilization surges as people turn on lights and appliances. At its heart is an advanced control system that seamlessly blends output between the battery and gas turbine. The energy storage potential of the battery has been specifically designed to provide enough time coverage to allow the gas turbine to start and attain its distinctive power output. Therefore, the system does not need to burn fuel and consume water in standby mode to be able to dispatch electricity without delay when demand surges or renewable energy supplies decline.

Today, we can also adapt gasoline turbines to burn clean sources such as hydrogen and GE is an industry leader in the use of hydrogen for energy generation. More than 75 GE gasoline turbines have operated on low heating value fuels, which includes blends of hydrogen and natural gas, accumulating over 5 million operating hours. GE’s B and E-class gas turbines also have the functionality to operate on ~100% hydrogen with the set up of the appropriate combustion and accessory systems.

“Gas will be at the heart of the energy sector of the future and GE Gas Power will continue to be a partner of growth for countries throughout the Middle East as they strengthen national power infrastructure further,” concluded Joseph Anis. 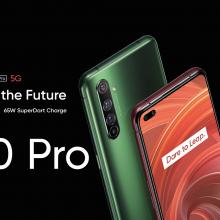 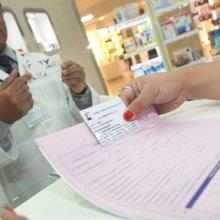