Kremer, accompanied by the Kremerata Baltica chamber orchestra, performed a version of Vivaldi’s ‘Four Seasons’ to a full house this week at Abu Dhabi Theater in the United Arab Emirates’ capital as part of the newly reintroduced annual concert series.

Following the concert, the Latvian, who was in Abu Dhabi as part of a short Arabian tour, said he felt a real connection with the public and was impressed and touched by how they received the music.

“The atmosphere was very moving and it was a real pleasure to play in Abu Dhabi for the first time. Our music is food for the mind and food for the emotions and we wanted to share that with people here as part of this very important Classics season,” said Kremer.

“It is interesting for me to travel and play in new places around the world. I want to learn more about this country, its people and about Abu Dhabi. These are exciting times for the emirate, particularly when looking at the many cultural projects being undertaken all around. There seems great potential to continue to develop the classical music scene here. I certainly look forward to returning to Abu Dhabi in the near future and I will watch its progression with great interest.”

Reintroduced by Abu Dhabi Tourism & Culture Authority (TCA Abu Dhabi) after a three-year break, the Abu Dhabi Classics season, running until May, sees leading local and international musicians and orchestras perform across Abu Dhabi city, Saadiyat Island and Al Ain city.
The concerts are dedicated to the theme of ‘The Traveller’.

The season started earlier this month with a sell-out performance by French pianist Lydie Solomon at the Manarat Al Saadiyat arts and culture centre on Saadiyat Island.

Up to 12 concerts feature in the 2014/2015 Abu Dhabi Classics season featuring some of the world’s leading classical musicians and orchestras from more than 20 counties.

Next month, Abu Dhabi will host a world premiere performance by Grammy award-winning Jordi Savall, who will be joined on stage at the iconic Emirates Palace auditorium by Hesperion XX1, an ensemble of 16 musicians playing traditional Arabic instruments. Together they will take the audience on a journey through music following the travels of legendary 14th century Arab traveller Ibn Battuta.

Tickets for the Jordi Savall concert, starting at AED 100 (US $27) are available at www.ticketmaster.ae Limited student tickets are also available at AED 30 (US $8). 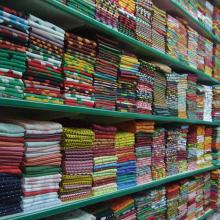 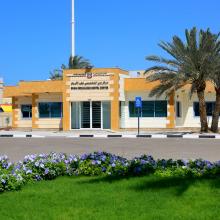