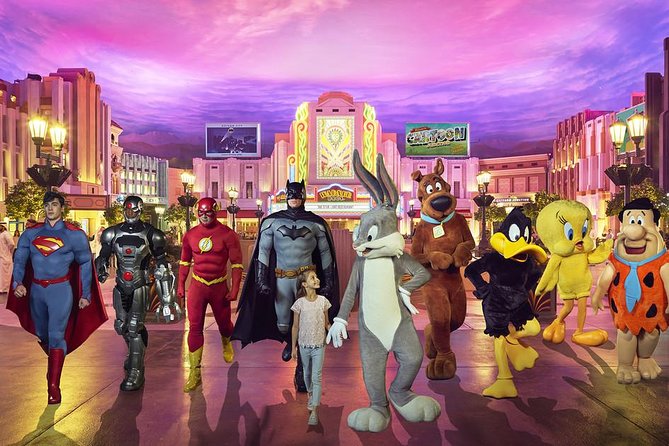 Entering a world full of the stuff that your childhood dreams were made of deserves the top spot on your bucket list. It will even be more fulfilling if you cross off this item with your family.
Visiting Warner Bros. World Abu Dhabi, one of the most famous theme parks in Abu Dhabi, is one way of living out your childhood dreams and fantasies.
Whether you’ve always wanted to be a superhero like Superman, Batman, Green Lantern, or Wonder Woman or join the wacky antics of Bugs Bunny, Daffy Duck, Porky Pig, and the Road Runner, you can do all these and more at Warner Bros. World Abu Dhabi.

1.    Warner Bros. Plaza
Warner Bros. Plaza is your entry point to and the center of Warner Bros. World Abu Dhabi. It celebrates the greatness of the renowned studio and the Golden Age of Hollywood.
The Plaza boasts well-designed architecture and art decorations. It also has a must-visit rooftop featuring eye-catching revolving skylines.
These features make the Plaza the best place for all your selfies and group photos. You’ll also get the chance to take plenty of pictures with the Warner Bros. cartoon characters roaming around the area.
As the center of Warner Bros. World Abu Dhabi, the Plaza serves as the visitors’ resting, dining, and entertainment area. Here, you can choose from among various restaurants, coffee shops, and food stalls for your lunch, dinner, and snack breaks.
You can also get all the keepsakes you need to remember your visit here from the different souvenir shops in the area.
At night, the Plaza is flooded with theatrical lighting to make way for the All-Star Spectacular, a stunning show hosted by everyone’s favorite carrot-munching rabbit, Bugs Bunny.

2.    Bedrock
Since 1960, The Flintstones have been entertaining children and adults with their funny antics. At Warner Bros. World Abu Dhabi, you’ll get the chance to be part of this beloved animated sitcom.
Bedrock allows you to step back in time and join the Flintstones and Rubbles as they go on various adventures in a prehistoric setting.
The highlight of this zone is The Flintstones Bedrock River Adventure. It is a scenic boat tour of Bedrock with Fred, Wilma, Barney, Betty, and the other members of the most famous animated Stone Age family.
But don’t expect a lazy, relaxing ride throughout your journey. Be ready for some thrills and spills as you might encounter some dinosaurs on the loose.
While in Bedrock, grab a bite at Bronto Burgers and Ribs and Mammoth Munchies. Get some prehistoric souvenirs from the Bedrock Boutique as well.

3.    Dynamite Gulch
If you have always wanted to be part of all the wackiness and craziness that you see on Looney Tunes and The Jetsons, you’ll love Dynamite Gulch.
Dynamite Gulch, which is situated in a desert landscape, is packed with exhilarating escapades, wacky antics, and funny mishaps that’ll keep all guests on their toes.
If you’ve always wanted to lend Wile E. Coyote a hand in catching the Road Runner, hop on the Fast and Furry-ous, an inverted roller coaster that blasts up and down hills, soars high above sand dunes, and zips around banked turns. It’s one of the most exciting rides in Warner Bros. World Abu Dhabi.
If you want to step into the future, head to The Jetsons Cosmic Orbiter. You’ll have your own spacecraft you can ride to take high-energy spins. Once you’re done, you can explore Dynamite Gulch and meet the other characters here, including George, Jane, Judy, and Elroy Jetson.
While in Dynamite Gulch, drop by Yosemite Sam Rootin’ Tootin’ Gas to shop for souvenirs inspired by Wile E. Coyote, the Road Runner, The Jetsons, and other Looney Tunes characters.

4.    Cartoon Junction
Meet dozens of your favorite cartoon characters under just one roof at Cartoon Junction.
Cartoon Junction brings together everyone’s favorite cartoon characters from Looney Tunes, Scooby-Doo, and The Tom and Jerry Show. The rides, attractions, and other features here are inspired by these classic animated series.
Below is a rundown of the rides and attractions you’ll find here:
●    Tom and Jerry: Swiss Cheese Spin – a spinning roller coaster full of exciting twists and turns.
●    Scooby-Doo: The Museum of Mysteries – a trackless dark ride experience that lets you take part in a true-blue Scooby-Doo adventure.
●    Cartoon Junction Carousel – ride a merry-go-round featuring your Warner Bros.’ and Hanna Barbera’s iconic animated characters.
●    Daffy Jet-Propelled Pogo Stick – a fun, exhilarating vertical jump tower that bounces you up and down.
●    Tweety Wild Wockets – an aerial carousel ride perfect for kids.
●    Ricochet Racin’ with Taz – a speedy car ride that takes kids on a child-friendly race track.
●    Ani-Mayhem – try your hand at scanning packages as you enjoy a trackless interactive dark ride set inside the Acme factory.

5.    Gotham City
Enter the world of the Caped Crusader and the infamous villains of the superhero world at Gotham City.
Join Batman as he battles the Joker, Harley Quinn, Mr. Freeze, and his other archnemesis on these exhilarating rides and attractions:
●    Batman: Knight Flight – this innovative robotic arm dark ride system lets you join Batman as he tests his new “Drone Wing” aircraft to capture and put the Joker back in Arkham Asylum.
●    Scarecrow Scare Raid – hop on a wild-flight experience full of spins and barrel rolls as you face your deepest fears and chase after the diabolical Scarecrow.
●    The Riddler Revolution – prepare yourself for a thrilling, spinning, and rocking coaster ride the Riddler conjured that will have you tied up in knots.
●    The Joker Funhouse – this funhouse includes a labyrinth, shrinking corridor, hall of mirrors, and other features full of mind-boggling tricks, tests, and surprises.
●    Rogues Gallery Games – test your wits and skills in the center of Gotham City’s Paradise Pier.

6.    Metropolis
Aside from Batman, you can get up close and personal with the other Warner Bros. superheroes at Metropolis.
The rides and attractions you’ll enjoy here include Justice League: Warworld Attacks, a 5D ride that lets you join Superman, Batman, Wonder Woman, and the rest of the Justice League to face off against their greatest enemies.
At the Green Lantern: Galactic Odyssey, you can lend Hal Jordan and the rest of the Green Lantern Corps a hand as they protect the universe on this 4D flying theater experience.
Warner Bros. World Abu Dhabi is located in Yas Island, the top entertainment and leisure destination in the United Arab Emirates.
Visiting this place is one of the best things you can do in the UAE with your family or friends. 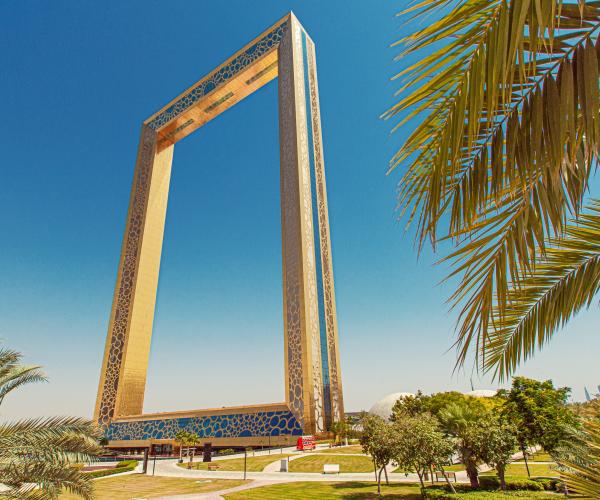 5 ways to spend your time in the Dubai Frame 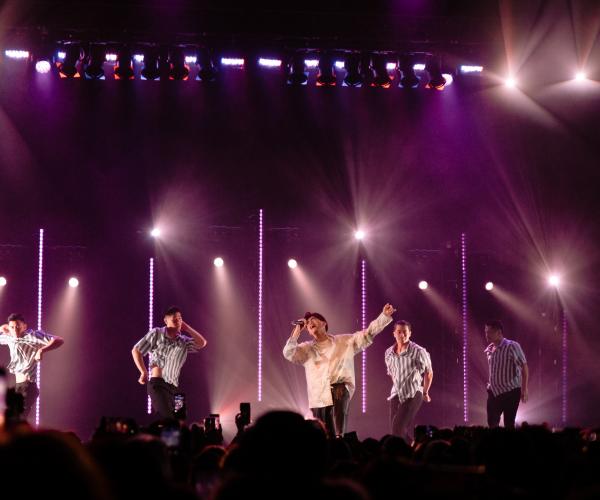 How To Elevate Your Next Event With Music and Sound 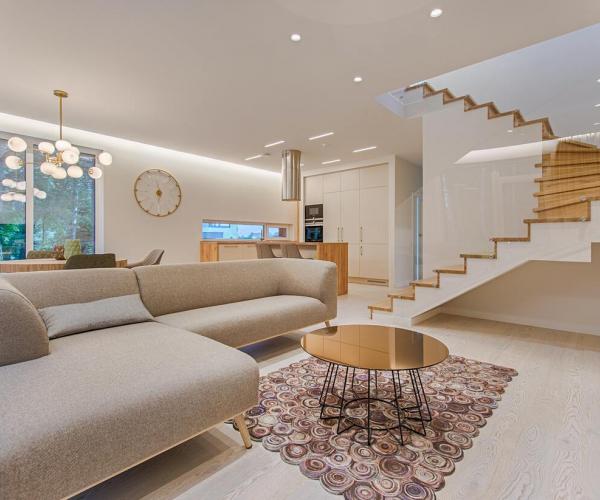 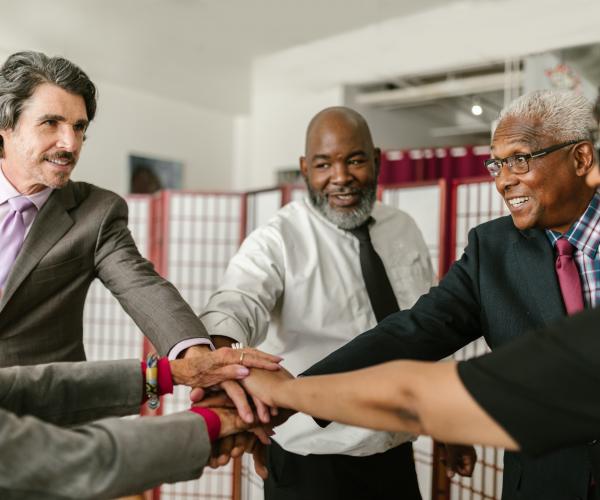 6 Ways the CFA Designation Will Propel Your Finance Career 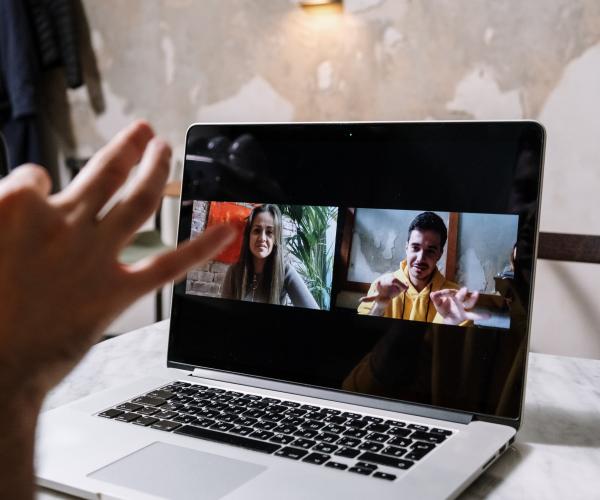 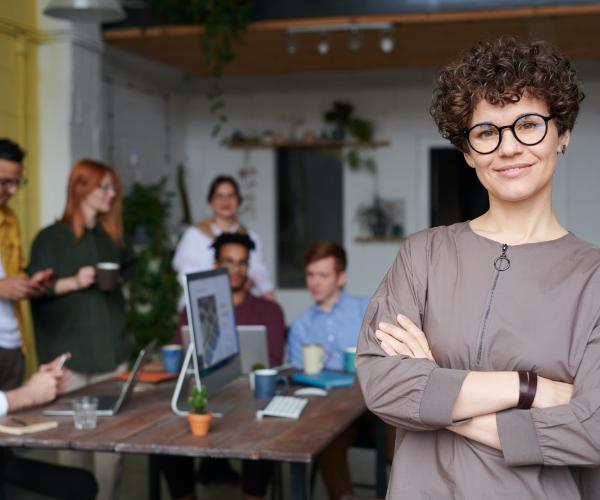 Why You Need an Annual Maintenance Contract in Dubai

5 ways to spend your time in the Dubai Frame

Dubai is known for its skyscrapers and the most amazing indoor experiences any place can offer. With so…

How To Elevate Your Next Event With Music and Sound

Thinking of updating your living room? Depending on your budget there are many ways in which you can…

6 Ways the CFA Designation Will Propel Your Finance Career

So, you want to be a chartered financial analyst or a CFA charterholder. However, before you enroll in…

If you haven’t taken part in an online event for a while, you are going to be pleasantly surprised at…

Why You Need an Annual Maintenance Contract in Dubai

Why You Need an Annual Maintenance Contract in Dubai   You love living in Dubai. You’re here with your…

If you've been tracking UAE's stellar economic growth in the recent past, you'd be aware that the country…

No doubt, Dubai is a city with futuristic designs and mind-bending architecture. However, Dubai's green…

Deal Of the Month: Iftar Offers To Cherish The Month Of Blessings