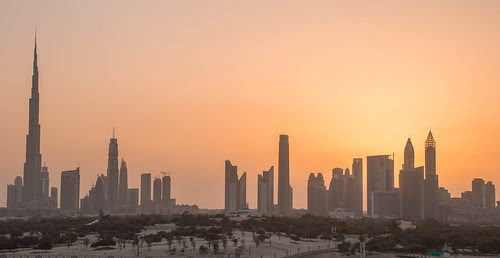 It is a simple truth that few places on earth boast the incredible features and facilities that Dubai offers. With its beautiful skyline, iconic buildings such as the Burj Khalifa and state-of-the-art attractions, it is easy to see why so many people are drawn to the city. Indeed, the area has of course been a major hit as a tourist destination for many years, with visitor numbers estimated to have reached around 16 million in 2018. However, data released earlier this year has also hinted that Dubai is a city that a growing number of people want to call home too.

According to figures from the Dubai Statistics Center released in July, the number of people resident in Dubai reached 3,272,415 in the second quarter of 2019. This marked an increase of more than 192,000 from the same period in 2018, which equates to an annual growth rate of 6.1 percent.

In addition, the figures revealed that the population of Dubai is 69.6 percent male, while a total of 2,399 marriage contracts were registered between January and June this year.

Such data undoubtedly raises many questions, but a key one may well relate to property. After all, with more people calling Dubai home, where are they going to live? Furthermore, if individuals are seeking property, does that mean that investing in Dubai property could be a lucrative step to consider?

Well, the city certainly is one where there is always a lot going on from a property perspective, and there are some truly enticing and attractive areas that have been developed in recent years.

When you think about property in Dubai it is hard not to consider the grandeur and luxury of Palm Jumeirah, which features an array of stunning homes. In addition, interest in the man-made island may grow following the recent opening of the incredible new AED1.2 billion Nakheel Mall in the area. However, there are plenty of other quality locations that investors could choose to consider too, like the MERAAS urban project City Walk.

As the property website Bayut explains, the community is close to both the Burj Khalifa and Downtown Dubai, yet properties are still reasonably priced despite the central location. For instance, the website explains how prices for two-bed apartments on sale in City Walk begin at AED1.9 million, while three-bed units tend to have asking prices of between AED3.1 million and 7.2 million. It is also an area not short of local amenities too, with its location meaning it is close to a host of first-class eateries, leisure facilities, schools and parks.

A high standard of living

City Walk is undoubtedly the kind of area which puts a spotlight on the standard of living now possible in Dubai. With a growing number of people seemingly wanting to call the city home, such communities could potentially thrive as investment opportunities.

It will be fascinating to see how this issue develops across the coming months and years, as well as what impact it ultimately has on the Dubai property market as a whole.