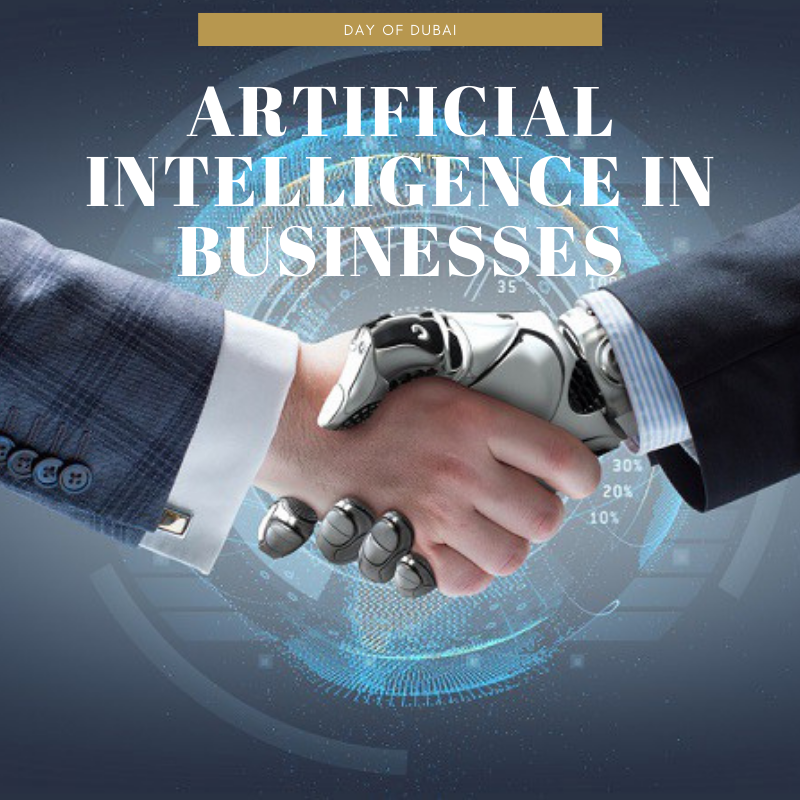 Artificial intelligence (AI) is the futuristic technology that will dominate the world in the next 10 to 15 years. AI is a type of computer program that is developed to perform tasks which otherwise requires human intelligence. In other words, AI is an algorithm that gives an ability to learning, understanding languages, problem-solving, reasoning.

UAE has adopted AI that will shape the future of the country. The UAE cabinet has appointed a minister for implementing its 2031 AI strategy. Moreover, Dubai is ranked as the first in attracting over $21 billion foreign direct investment (FDI) for AI as per the latest research and study.

Artificial Intelligence in Businesses: In the business world, technology is rapidly growing among a variety of business sectors in order to make the business processes simpler and accurate.

Some of the business sectors that will adopt AI in the near future which can bring a new perception to the world:

There are some professions today that involve a lot of risks yet humans risk their lives to serve the nation and earn a living like the bomb diffusers, structural iron and steel workers, workers in the nuclear plant, etc. AI can contribute greatly to saving these lives. Presently, there are drones that are controlled by humans but in the future, there will be AI programmed robots that will take up such hazardous jobs ensuring minimum human involvement.

The medical world has been constantly changing since its origin. There are many treatments to cure the patients of the illness now that were impossible to cure those illnesses earlier. Yet, there are many diseases which humans are unable to figure out the treatments. Well, AI can help in data analyzing and its deep thinking capability can enable the doctors to know the treatment plan required for the patient.

AI has access to the massive amount of data in the world and can easily analyze it with less time. So, businesses can have a great advantage of adopting AI as the core business functions can be easily handled by AI like customer support, automated marketing and many such tasks that require finding extreme data volume and repetitive tasks which will allow the managers to focus more of their time in strategizing to add more value to their organization.

AI will soon be standard for schools, colleges and universities all over Dubai as the educational sector is constantly adding efforts in order to change the educational outcomes. The Knowledge and Human Development Authority (KHDA), the government authority that is regulating education in Dubai has successfully partnered with some of the private firms in order to introduce and embrace the technological advancements to schools and universities. The education industry produces terabytes of data but most of the data get vanished even if unintentionally. So, in terms of analyzing the huge amount of data, AI can be considered as the king of data analysis.

UAE being reputed as the early adopter of technology advancements, the nation is rapidly growing in terms of adopting AI that will shape the economy’s future. The 50% saving in annual cost is predicted to be used for AI in many other sectors like energy, technology, space programmes, etc.

On
Sub title
Artificial Intelligence in businesses like risky professions, medical professions, business management and education sector can be a game changer in the UAE